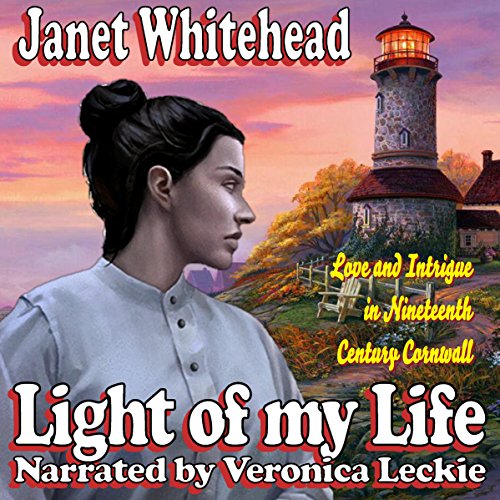 Light of My Life

By: Janet Whitehead
Narrated by: Veronica Leckie
Try for £0.00

Meg Deveral and her widowed father had been the victims of a great injustice, but they were powerless to right the wrong that had been committed against them. Then Jack Masterman came to live in the small fishing village of Penderow. Although Jack was haunted by his own troubled past, he vowed to get justice for the Deverals.

But evil forces were at work in the little Cornish fishing village, and the guilty parties would stop at nothing to protect themselves. Murder, abduction and a desperate race against time all stood in the way before Meg and Jack could finally admit what they'd known all along - that each had found in the other the one true light of their life.

What listeners say about Light of My Life

If you could sum up Light of My Life in three words, what would they be?

What was one of the most memorable moments of Light of My Life?

When they were locked in the mine

Which character – as performed by Veronica Leckie – was your favourite?

I liked the little girl Ellen

No it was over 4 hours long

Would you consider the audio edition of Light of My Life to be better than the print version?

I have not read the book but was totally engrossed!

Which character – as performed by Veronica Leckie – was your favourite?

All the characters voices transported you into their world!

The narrator Veronica Leckie makes this audio book the best I have listened to!

Definitely worth a listen!

A sweet love story mixed with mystery and suspense. I enjoyed these characters. Great narrator.