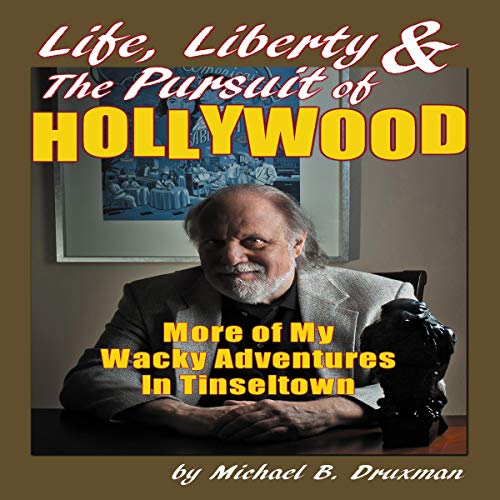 Life, Liberty & the Pursuit of Hollywood

Life, Liberty & the Pursuit of Hollywood

By: Michael B. Druxman
Narrated by: Hopper Stone

Michael B. Druxman followed his dreams to Hollywood and, although he may not have "reached the stars," his persistence made it possible for the vast majority of those dreams to come true.

You'll love the continuing story of that remarkable adventure, which he began relating in his first memoir, My Forty-Five Years in Hollywood... And How I Escaped Alive (2010).

Returning to his boyhood in Seattle, Michael explores with greater depth his journey to Los Angeles where, without any show business contacts whatsoever, he was able to create a successful career for himself as a publicist, playwright, screenwriter, director, and Hollywood historian.

From Rock Hudson and Christopher Lee to George Raft and Frank Sinatra; from playwright Tennessee Williams and legendary producer Roger Corman, the work is filled with amusing stories of his encounters and the lessons he learned from Hollywood's rich and famous.

What listeners say about Life, Liberty & the Pursuit of Hollywood