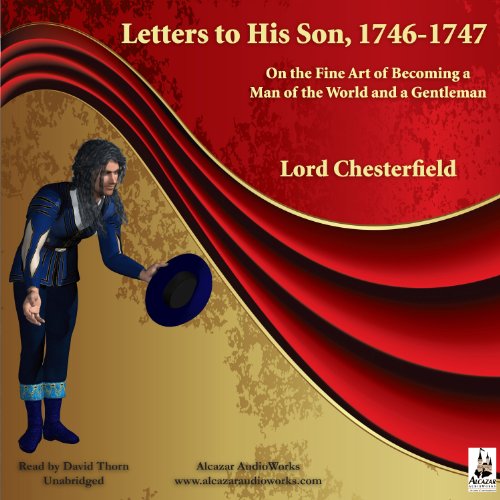 The first set of an extraordinary collection of 10 sets of personal letters written by Lord Chesterfield to his illegitimate son, young Philip Stanhope, then living abroad with his tutor to further his education.

His Lordship, later secretary of state, hoped that his son would follow in his footsteps and took endless pains to instruct him on the essential and finer behavioral traits of a the aristocracy.

Philip Dormer Stanhope, 4th Earl of Chesterfield (1694–1773) was a British politician, serving in both the House of Commons and the House of Lords. Well traveled and a reknown orator, Chesterfield became a successful diplomat with close ties to the Prince of Wales. Chesterfield's writing gifts served him well politically, writing phamphlets under an assumed name, he was able to impact political decisions from inside and outside the chambers.

every person should be exposed to these notions

This man genuinely cares for his son and gives great advice for every person seeking gentility.

Fantastic, & Frank advice for how to be

The voice is hard to get used to at first, though this audio book is worth every second. I plan to retain 20+ quotes from this book.