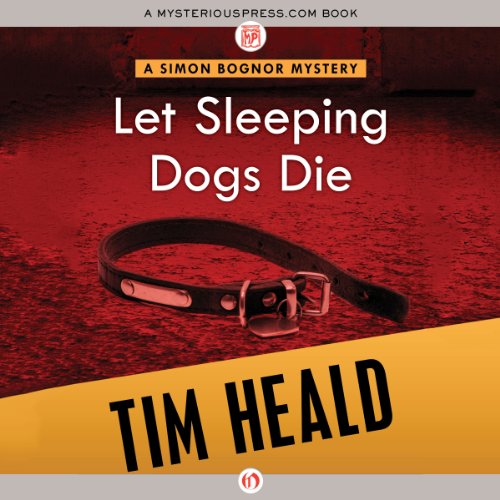 A poisoned poodle drags Bognor into the high-stakes world of international dog smuggling.

Whately Wonderful is taking himself on his morning walk when he spies the slab of sirloin. An exceptionally well-bred poodle, he knows there is something odd about the great hunk of meat, but temptation overwhelms him. Just a few minutes after he gobbles up the suspicious steak, Whately is dead, and the world of British dog breeding will never be the same.

Board of Trade investigator Simon Bognor hates dogs nearly as much as he hates their owners, and he doesn’t particularly care who killed the prize poodle. But his superiors have seen evidence of an international dog-smuggling ring, and they believe Whately’s death was connected to it. For the sake of Britain, Bognor begrudgingly agrees to look into the case of the murdered mutt, fully aware that by poking his muzzle into other people’s business, he is inviting himself to be put down.

in the dog house.

simon enters the dog breeding/dog show world and as he hates dogs from a childhood encounter isn't enthusiastic until a murdered human comes to light.
I am enjoying this series set in the 70's as little bits of the era come into the story.
well written with good characterisation and performed by john lee I can recommend the series so far.