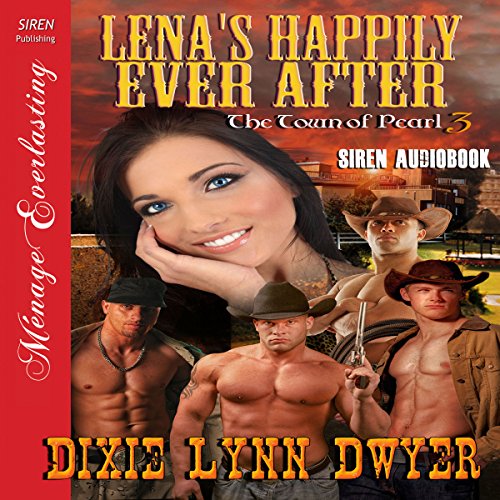 Lena's Happily Ever After

Lena's Happily Ever After

Lena's learned a lot living on the streets of Detroit. She's making progress when a gang leader attempts to claim her. She fights him off then runs for her life. Lena winds up in a place called Pearl, where caring people reside and menage relationships surround her.

The bighearted Dr. Jones convinces her to work for him. His son, Deputy Kenny Jones, thinks she's trouble, but sparks begin to fly immediately. She meets his brothers, Quinn and Blake Jones, and they are demanding and total alpha males, too.

Then she meets their estranged brother, Bryant Jones. He's an ex-marine, filled with anger and venom as he cuts all ties with his family - until Lena comes along and takes a job caring for Bryant's house. He's mean and nasty but just as good looking as his brothers, and they all want her. But trust doesn't come easily, and soon her past calls her back to Detroit, and the men refuse to let her go.