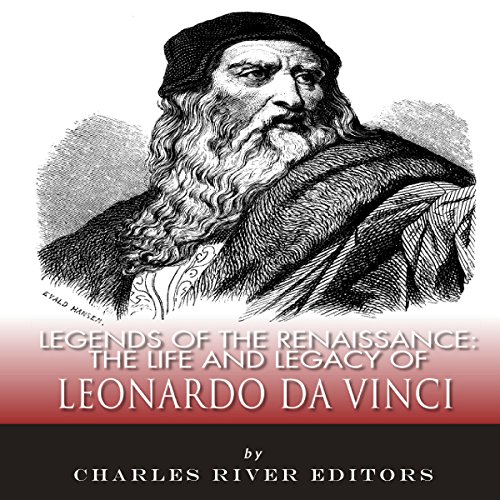 Legends of the Renaissance: The Life and Legacy of Leonardo da Vinci

Legends of the Renaissance: The Life and Legacy of Leonardo da Vinci

The Renaissance spawned the use of the label "Renaissance man" to describe a person who is extremely talented in multiple fields, and no discussion of the Renaissance is complete without the original Renaissance man, Leonardo da Vinci. Indeed, if 100 people are asked to describe Leonardo in one word, they might give 100 answers. As the world's most famous polymath and genius, Leonardo found time to be a painter, a sculptor, an architect, a musician, a scientist, a mathematician, an engineer, an inventor, an anatomist, a geologist, a cartographer, a botanist, and a writer.

It would be hard to determine which field Leonardo had the greatest influence in. His Mona Lisa and The Last Supper are among the most famous paintings of all time, standing up against even Michelangelo's work. But even if he was not the age's greatest artist, Leonardo may have conducted his most influential work in other fields. His emphasis on the importance of nature would influence enlightened philosophers centuries later, and he sketched speculative designs for gadgets like helicopters that would take another four centuries to create.

Leonardo's vision and philosophy were made possible by his astounding work as a mathematician, an engineer, and a scientist. At a time when much of science was dictated by Church teachings, Leonardo studied geology and anatomy long before they truly even became scientific fields, and he used his incredible artistic abilities to sketch the famous Vitruvian Man, linking art and science together.

Legends of the Renaissance: The Life and Legacy of Leonardo da Vinci chronicles Leonardo's amazing life and work, analyzing the lasting legacy he left across the arts and sciences.

To borrow a favorite phrase from baseball announcers, this reader was reading as if he were double parked. I got absolutely nothing memorable from the book. I got the idea that there were many facts and opinions expressed, but I would be hard pressed to recall any. Too bad!