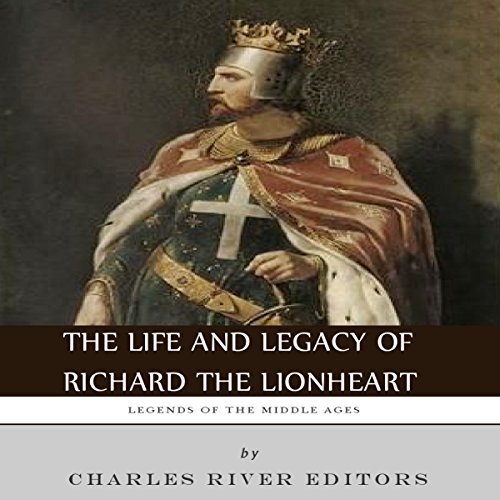 Legends of the Middle Ages: The Life and Legacy of Richard the Lionheart

"We, however, place the love of God and His honor above our own and above the acquisition of many regions." - Richard the Lionheart

The enduring figure of the Middle Ages is the chivalrous knight, who played the role of hero across much of Europe and was equal parts courage and valor. Nobody played a more defining role in casting the popular image of medieval knights than Richard the Lionheart, one of the most famous English kings and crusaders. In many respects, it was ironic that Richard became one of the central characters of the Middle Ages, and his very popular legacy today belies centuries of controversy.

Richard I Plantagenet (1157-1199), nicknamed "Coeur de Lion" (Lionheart), eventually became King of England, Grand Duke of Aquitaine, Duke of Poitou, and Duke of Anjou, but as the third son in a large family, he did not expect to or even want to rule England. Nevertheless, it was he who eventually came to the throne upon his father's death. Richard lived in an age when knights were first asserting themselves as capable of being moral forces for good rather than agents of chaos.

This attitude resolved itself into the mystique of chivalry. As one of the strongest knights of his age, Richard was also considered a flower of chivalry and greatly admired as a model of what it meant to be a knight, both in his lifetime and afterward. As the son of the most famous power couple of the age – Henry II of England (1133-89) and Eleanor of Aquitaine (1122/24-1204) – and an expansionist noble contesting over land with other expansionist nobles, he also had many enemies. These enemies portrayed Richard as evil incarnate, at the same time his admirers were portraying him an emblem of virtue. As with all such great and controversial figures, the real Richard lay somewhere in between.

What listeners say about Legends of the Middle Ages: The Life and Legacy of Richard the Lionheart

The narrator sounds like he's reading from the phone book. No colour of excitement from this factual recounting of Richard's life.
No insight, just a glossing over of the history.
If you know nothing of the subject this is a quick and boring way to learn about it.