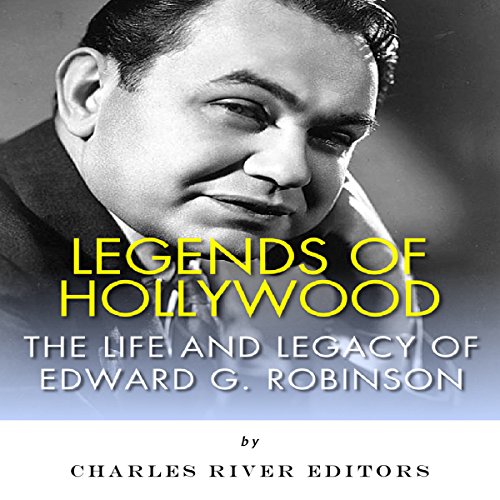 Legends of Hollywood: The Life and Legacy of Edward G. Robinson

Legends of Hollywood: The Life and Legacy of Edward G. Robinson

"I know I'm not much on face value, but when it comes to stage value, I'll deliver for you." - Edward G. Robinson

For most enthusiasts of film history, Edward G. Robinson's name is virtually synonymous with the Depression-era gangster films of the 1930s. After all, Robinson starred in Little Caesar (1931), which was one of the first major gangster films and is perhaps the most representative example of the genre. Little Caesar remains his most iconic gangster role, but he acted in several other notable gangster films over the course of the decade, including The Little Giant (1933) and A Slight Case of Murder (1938). Even during the 1940s, after the gangster genre had ceded much of its standing to the postwar film noir genre, Robinson retained his ties to gangster films, memorably playing gangster Johnny Rocco in Key Largo (1948). With his short, round physique and irascible screen persona, Robinson became a kind of cinematic brother to James Cagney, and the two remain the most famous of the Hollywood gangster stars.

Ignores some of his most interesting films including All My Sons, The Red House and The Cincinnati Kid.

In addition to the above, many other films are not discussed and the narrator even mispronounces the name of Robinson’s character in Key Largo, Johnny Rocco.