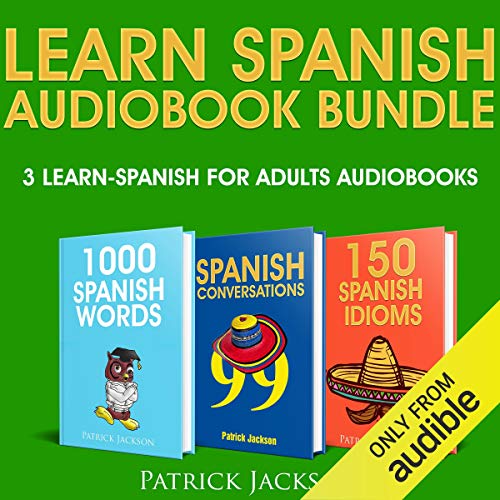 If you want to know what's the one big lie that multi-million dollar companies of foreign-language products have told us for years, then keep reading....

For decades, the multi-million dollar companies of foreign language products have told us a big lie....

They've lied to us all and said anyone can become fully conversational or even fluent in a foreign language just by learning a few hundred words or less.

As a life-long student of foreign languages who has dedicated the better part of his adult life helping others to learn Spanish, I can tell you that's complete hogwash!

The big companies tell us this lie so they can put as little effort as possible in creating their programs - which for them means being able to make as much money as possible.

There was a time when I actually believed that ridiculousness. That I could become fully conversational in Spanish or even fluent in just by learning a few hundred words.

That was before I moved to Colombia and was hit with a bombshell....

This bundle will help you accomplish your goal of speaking Spanish with greater confidence by adding hundreds or even thousands of Spanish words to your vocabulary.

What’s included in your three audiobooks?:

To add hundreds or even thousands of words to your Spanish vocabulary and accomplish your goal of speaking conversational Spanish with much greater confidence, this is what you need to do now....

This helps you listen for understanding.

I have been Learning Spanish for about 1 month. Taking 30 minutes to read this book has already taught me more conversational skills than that previous month of traditional study did. And, isn't the point of learning a language suppose to be about communication through Conversation?
Do yourself a favor and get this book now!

The generous bonus package that's included adds a lot of value. There are several bonuses but my favorite bonus lessons are the two lessons included from Learn Spanish Audiobook Bundle. What I found most interesting about the two bonus lessons from Learn Spanish Audiobook Bundle is that it teaches beginner Spanish for the 21st century. For example, Spanish vocabulary for social media, technology, uber transportation, and even veganism. After I finish with this audiobook my plan is to buy New Millennium Beginner Spanish. Almost 1,000 Spanish Words In this book, Thank you, Author.

You learn much faster!

You hear it first in English, then there is a pause and you try to say it in Spanish. Then you hear it twice in Spanish, with a pause each time for you to attempt it.
You learn much faster if you do try to pronounce it, as they recommend. Also the Voice of Paul Rodriguez, Jessica Ramos-Collins, Juan Noble are sweet. If you lesson this Book you will again play it. I learnt 99 Spanish Conversations from this book.
Maybe it took 30 minute from me to learn Spanish Conversations and I must say, It increase my confidence on Spanish Conversations.

I highly recommend you get several of these books

I have bought several Spanish books in the past did and must say these books are different, they are a fun and easy way to learn and improve Spanish. Very well written, entertaining way to learn a new language. I highly recommend you get several of these books.
Basically i am a student and Always i want to Learn Spanish. There are no book like this book,1,000 Spanish Words, 99 Spanish Conversations & 150 Spanish Idioms and many others. So that we can learn Spanish Words, Conversations and Spanish Idioms. Thanks Sir Patrick Jackson for this Amazing book!!

This a great way to help improve your Spanish.

This a great way to help improve your Spanish. I would not recommend this for a person who has no experience with the Spanish language. As for those people who just need to review and refresh their memories, this is great.
Here is top reason why you buy this audio book,
It have free PDF file, So if you Buy This Learn Spanish Audio book Bundle - 3 you will get a Free PDF file of this book,
1,000 Spanish Words: I love this book because It have 1000 Spanish words and all are easy to learn like ''I do not like action movies'' in Spanish ''No me gustan las películas de acción''
Also Spanish Idioms are Helpful.

I am definitely not complaining that there are 9 audiobooks when they only advertised that there are three. The 1,000 Spanish words audiobook is helping me to learn a lot of vocabulary words. The 99 Spanish conversations is also improving my vocabulary while improving my listening comprehension in Spanish. The 150 Spanish idioms is probably more for entertainment. I doubt that I will ever use these Spanish expressions but it is still great to know and understand them in case I ever hear a Spanish speaker say them.

I don't think I'll be using what I am learning in the Romantic Spanish Words and Phrases audiobook. LOL. But still very fun to listen to. But I must say that I am really enjoying the Spanish blunders audiobook. I wish it was longer. The Spanish blunders audiobook is too short and left me wanting to hear more because it was so helpful in teaching me to avoid lots of Spanish mistakes that English speakers commonly make when speaking Spanish.

I have always wanted to learn a second language. I took Spanish classes in high school but it never really stuck once I was out of school. Finally, I've found a method that works. This book was great in helping me learn Spanish. It's very well explained and easy to understand. Learn Spanish Audio-book Bundle - 3 Is not only a book, It have 3 Things to learn about Spanish Language!!
1. 1,000 Spanish Words
2. 150 Spanish Idioms
and,
3. 99 Spanish Conversations
That's means In one book you can increase your Spanish Words, Conversations and Idioms Skills. A big thanks to the Author.

This book is surely recommended!

Very practical and simple technique to learn Spanish words to have an appropriate conversation!! The method of listening and repeating makes learning how to speak Spanish very easy. There's an extra PDF file for download. This is just awesome.

No one is talking about this

I have tried a handful of learning Spanish programs. Both paid and free. Now I understand why so many Spanish language learners say that this one is the best. It engages the learner like no other Spanish Audio book Bundle. The narrator is not someone just reading off a long list of vocabulary words. It's a narrator who actually interacts with the listener. It's like having my own native Spanish speaking instructor interact with me and even check my pronunciation.

I am truly looking forward to continuing with the intermediate and advanced programs in this series.