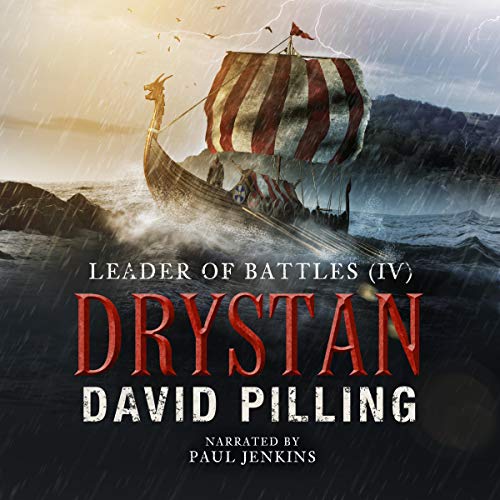 By: David Pilling
Narrated by: Paul Jenkins
Try for £0.00

Britannia, 491 AD, 12 years have passed since the British victory at Mount Badon. For the first time since the departure of the legions, Britannia is at peace. The Saxons are quiet in the east, towns and villages once again flourish, and Artorius reigns supreme as High King. Yet the hard-won peace is fragile. Trouble flares in the north, inside the Kingdom of Rheged, where civil war threatens to break out over territory and the hand of a royal princess.

Artorius once again rides out at the head of his famous Companions to restore order, but the war only exposes tension among his followers. The long peace has bred resentment, and a new generation of warriors grow to manhood who care little for the past. While Artorus struggles to maintain order in Rheged, a new and far more deadly enemy rises in the far south-west.

Drystan of Kernow, bastard son of King Marcus, slays a famous pirate in single combat. Having earned a glorious reputation, he is sent to Hibernia to fetch back a young bride for his father. The bride is Esyllt, daughter of King Niall. Drystan falls in love with the girl and abducts her, threatening to start a new war that will tear Britannia all to pieces.

Artorius is forced to move swiftly to save his kingdom. The ageing warlord soon discovers that no man is invincible, and suffers defeat, betrayal, and personal loss in his fight against Drystan. Meanwhile, as the British kingdoms falter, the shadow in the east continues to gather strength. Book four of the Leader of Battles series follows the tale of Drystan and Esyllt, better known as the doomed lovers Tristan and Isolde. This version sets their romance against the harsh, unforgiving backdrop of post-Roman Britannia, where treachery is rife, and darkness closes over the head of the High King.

What listeners say about Leader of Battles (IV): Drystan