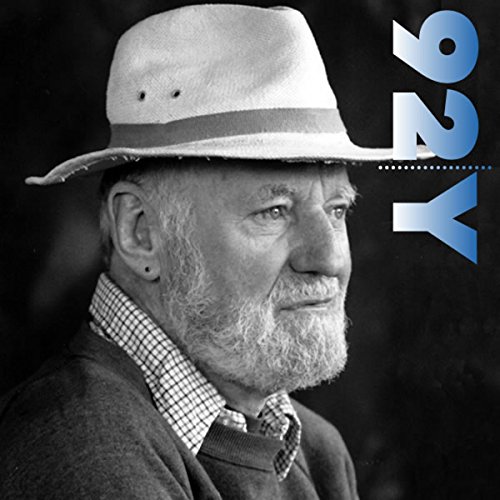 By: Lawrence Ferlinghetti
Try for £0.00

This 2007 reading by the poet Lawrence Ferlinghetti at the 92nd Street Y took place just five days after the death of Kurt Vonnegut, and the program opens with an audio clip from the late writer, in which he states that "the major function of art is to make people like life more than they do". Ferlinghetti's work derives from the same school of thought, making listeners awaken to the world at large. His work is by turns humorous, political, personal, and emotionally stirring. The lines of one poem are interspersed with string music, and he divides his program into pre-9/11 and post-9/11 works. He is introduced by poet Marie Ponsot.

One of the key figures of the Beat movement in San Francisco in the 1950s, Lawrence Ferlinghetti has been the co-owner of City Lights Books since 1953. The first poet laureate of San Francisco, he is the author of more than 30 books of poetry, including A Coney Island of the Mind, The Secret Meaning of Things, A Far Rockaway of the Heart, and How to Paint Sunlight: Lyric Poems and Others, 1997-2000.
©2009 92nd Street Y (P)2009 92nd Street Y
Poetry
Show More Show Less

What listeners say about Lawrence Ferlinghetti at the 92nd Street Y

oh to have been at this reading!

one of America's finest poets put on a magnificent reading. listen as soon as you can!

Very cool to hear the legendary poet read some from his most famous work and then some more recent. His voice has a kind of George Carlin quality to it. The later works were very emotive with the musical accompaniment.