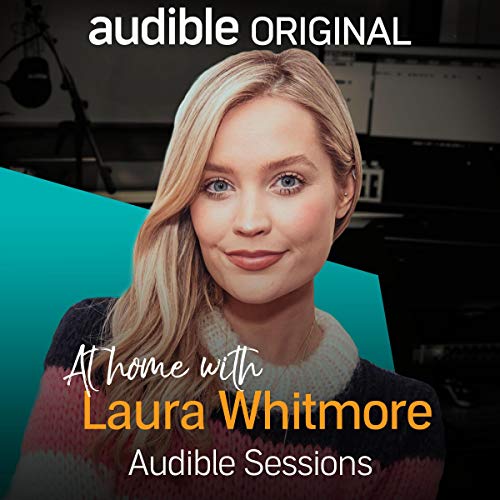 Joining us from home to chat about her debut book, No One Can Change Your Life Except for You, is television and radio presenter Laura Whitmore.

Born in Ireland, Whitmore spent her time as a child writing plays, watching television and listening to music. She studied journalism at Dublin City University and then entered the Pick Me MTV competition, which she won, becoming the face of MTV in 2008. She was soon interviewing celebrities on the red carpet and hosting MTV News. Whitmore went on to host I'm a Celebrity...Get Me Out of Here! Now! and has had a weekly Sunday morning radio show on BBC Radio 5 Live since 2018. Whitmore has also taken on the role of host of Love Island.

As well as her presenting skills, Whitmore is an actress and played the role of Cleo Morey in the stage adaptation of the Peter James book Not Dead Enough in 2017. Alongside this, she has been in the process of writing her first book for the last four years, which is now out for everyone to read and listen to.

We spoke to Laura Whitmore about how to channel our optimistic side, techniques to build self-belief, how to better give and receive compliments and lots more.

What listeners say about Laura Whitmore