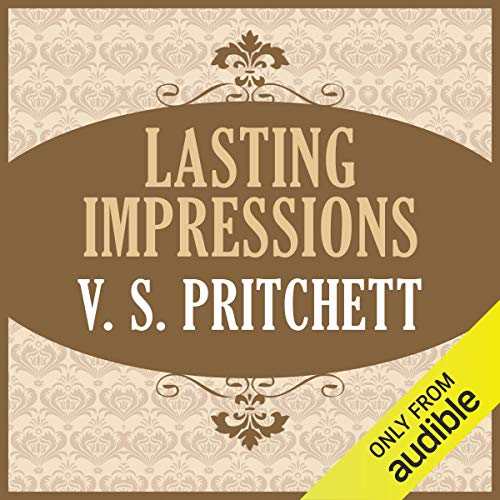 The essays in Lasting Impressions have never before appeared in audiobook form and together they make up, in the author's own words, ‘a journey through different countries and different generations’. The subjects range from Bruce Chatwin and Salmon Rushdie to Simon de Beauvoir and Bernard Shaw, from Lorca and Flaubert to John Updike and Walker Percy, from P. G. Wodehouse and Molly Keane to Andre Malraux and Antoine de Saint-Exupery. Published in the year of 1990, V. S. Pritchett's 90th birthday, Lasting Impressions is a tribute to one of the greatest and best loved writers of our time.

Victor Sawdon Pritchett (1900-1997) was born over a toyshop in 1900 and, much to his everlasting distaste, was named after Queen Victoria. A writer and critic, his is widely reputed to be one of the best short story writers of all time, with the rare ability to capture the extraordinary strangeness of everyday life. He died in 1997.