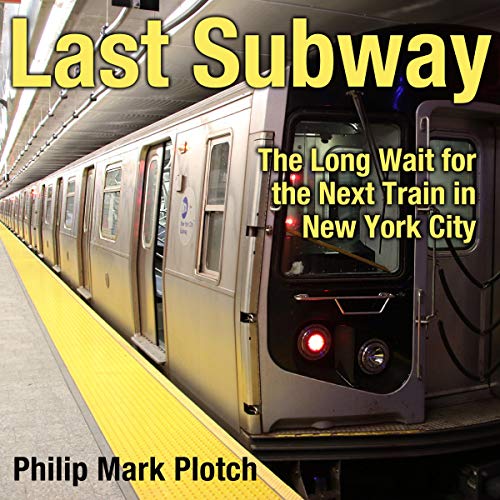 Last Subway: The Long Wait for the Next Train in New York City

Last Subway is the fascinating and dramatic story behind New York City's struggle to build a new subway line under Second Avenue and improve transit services all across the city. With his extraordinary access to powerful players and internal documents, Philip Mark Plotch reveals why the city's subway system, once the best in the world, is now too often unreliable, overcrowded, and uncomfortable. He explains how a series of uninformed and self-serving elected officials have fostered false expectations about the city's ability to adequately maintain and significantly expand its transit system.

Since the 1920s, New Yorkers have been promised a Second Avenue subway. When the first of four planned phases opened on Manhattan's Upper East Side in 2017, subway service improved for tens of thousands of people. Riders have been delighted with the clean, quiet, and spacious new stations. Yet these types of accomplishments will not be repeated unless New Yorkers learn from their century-long struggle.

Last Subway offers valuable lessons in how governments can overcome political gridlock and enormous obstacles to build grand projects. However, it is also a cautionary tale for cities. Plotch reveals how false promises, redirected funds, and political ambitions have derailed subway improvements. Given the ridiculously high cost of building new subways in New York and their lengthy construction period, the Second Avenue subway (if it is ever completed) will be the last subway built in New York for generations to come.

"Phil Plotch takes you into decades of political struggle for a glimpse on how megaprojects can beat back the million-to-one odds against them." (Gene Russianoff, Senior Attorney, NYPIRG Straphangers Campaign)

What listeners say about Last Subway: The Long Wait for the Next Train in New York City