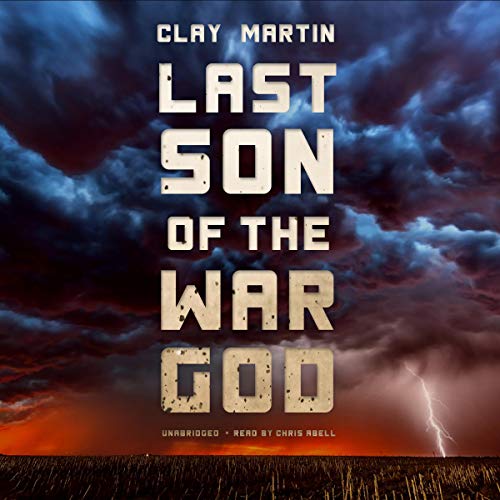 Last Son of the War God

Last Son of the War God

In the backcountry of Idaho, a tribe of men are hunting and killing with a dream of returning the world to an earlier time. A time when courage and prowess in the field determined a man's worth. A time when the strong took what they wanted, and the weak cowered in fear.

Mike Bryant has come to the wilderness to die. Tired of the trappings of modern life, his will to live has run out. But when he crosses paths with a group of warriors who challenge him, he suddenly finds purpose. Mike is no ordinary man. Frozen and given up for dead, an inner core of rage ignites a fury few have seen and lived.

Deep in the White Cloud mountains, a demon is awakening. The last son of the War God was forged in the storm of blood and fire. And now he's angry.

I bought this book for a brutal day of travel. This book was so engaging and funny that it made a couple flights and a 6 hour layover fly by. Fun, disturbing, exciting and hilarious. I burst into laughter on more than one occasion.

This is the best action book I’ve come across in a long time. Clays no bullshit writing style along with his deep knowledge of tactics and weapons made this an excellent listen from beginning to end. I listened to the entire thing on one car ride and can’t wait for his next book

I really enjoyed this book. It was hard to stop listening once I started. Clay's professional perspective on guns, violence and the military are genuine and loaded with interesting details. I would recommend this read to just about anyone.

What a read. Start to finish, I was captivated. Listened in one sitting on a long car trip. I really appreciated the style of sharing multiple points of view on certain scenes, it really adds so much depth and brings it that much more to life..

However, now I’m feeling bad about my 55 and 62gr boog stockpile after hearing about Mike’s 77grain fantasy..

Keep it up, looking forward to the sequel of SotC

engaging from first page to last

I read this book first. Then bought the audio version so I could listen again and on tries. a great engaging story from an American hero!