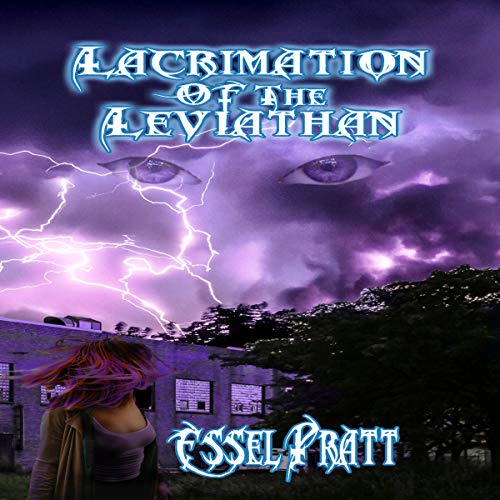 Lacrimation of the Leviathan: From the Case Files of Detective Mansfield

Lacrimation of the Leviathan: From the Case Files of Detective Mansfield

Katherine Mansfield is a no-nonsense private detective in Mishawaka, Indiana. Adopted at an early age, by a police officer, Detective Mansfield was taught early to never take shit from anyone. Tough as nails, she has been the go to investigator for the strange and macabre cases that lurk in the shadows in her small hometown.

When Detective Mansfield is called to the scene of an attempted rape, her callous approach begins a journey into a world that she had no idea existed. In a bizarre twist, Mansfield finds herself a victim of love, seduced by the rapist, becoming intertwined in darkness, until a new case beckons her forth. As her investigation sends her deeper down the proverbial rabbit hole, Detective Mansfield discovers the world is not what it seems.

As Detective Mansfield learns of the existence of the ancient text titled Melkal Demban- Khompf de Ghat, she finds herself teaming up with Hugues Kadmiel Christ, Hugh for short, an unlikely guide into the hidden world that conceals the existence of the Leviathan. Detective Mansfield and Hugh work together to stop the Leviathan's Lacrimation, before the entire world falls beneath its tears.

Lacrimation of the Leviathan is book one in the case files of Detective Mansfield.

What listeners say about Lacrimation of the Leviathan: From the Case Files of Detective Mansfield

Detective Mansfield performing a strange examination of a rape victim, and everyone looks the other way because this detective is good at her job. I found this unreal, and her behavior keeps getting stranger

I haven't read any of the other Mansfield stories, but I didn't find myself confused for having missed them. I found the concept of the story interesting, but some of the details are definitely strange. The story begins with Detective Mansfield performing a strange examination of a rape victim, and everyone looks the other way because this detective is good at her job. I found this unreal, and her behavior keeps getting stranger. If you're a black and white reader, you probably won't enjoy the story. However if you can see beyond ordinary, if you can believe in something out there that goes beyond what we can see, You'll probably love the story. There's a short story at the end that gives us a glimpse into the strange behavior of the detective. Unfortunately, I wasn't fond of the reader, who although had a clear voice with a clean recording, delivered a read that didn't flow well - in my opinion. I was offered this book free for the purpose of leaving an honest review.

Gonna cry me a river

Ok, Master Essel Pratt is hard to figure out. He just won't let me slip him into an easy categorey, heh, as each of his stories are so different from one another. One book deals with a horny yeti, an edition with a spidery shark, another dealing with Hitler and Anne Frank, and now we get a take no prisoner detective who just happens to field occult/paranormal cases in Katherine Mansfield. All I can say about her is Move out of the way Sarah Conner, and look out Ellen Ripley, you might have been tough, but Mansfield is like prison bar steel. Cold, hard, and will let you know your place without hesitation. I'm not sexist, but sometimes it is really hard to find a female protagonist who is tough, and isn't just a man being written as a woman. This isn't the case with Mansfield. Love her to bits, and I'm hoping that there will be a lot more of her in the future. You hear that, Essel Pratt? Make more Mansfield Meow!!!! (Sorry, Super Troopers slipped out)

Anyhow, like I said, I can respect a writer that will not allow him or herself get stuck into one style or genre. If I had to pick, I'd say Pratt deal exclusively with weird, but then he'll just go and write some awesome story about a grandmother helping puppies cross the Alps to escape Hannible's Elephants or something mundane like that. The man can absolutely write grim and gritty, as he does here, and he knows how to name his monsters (Pubic hair killer?). One thing, though, not matter how dark he gets, Mansfield manages to shine. She is a great character, and he fills her full of life and emotions like he was the Great and Powerful Oz and she was one of Dorothy's little bandmates. This is not a book you will want to miss, and if it does turn out to be a series then you will be glad to have hit the bandwagon early.

Gia, I think of that awesome HBO movie averytime I see that name, (Sorry Gia, no offense, I'll tell everyone how awesome you are in a minute) really takes the character of Mansfield and runs with her like she was kidnapping the Lindbergh baby. She breathes life into her to such a degree that if you just heard snippets of this book you'd think she was a real person filled with honest to God emotions. She does add some fallibility to her voice in some situations, so you know she isn't perfect, but man she really makes this tale throb with vitality. Keep this lady in the series, she knows how to tell a tale. Even though I did receive a promo code for this review it in no way influenced my considerations of the material, and in fact, inspired me to be more honest. In fact, getting a code generally makes me harsher as a reviewer as I am more often concerned what someone like Me will decide based on my review.

Detective Katherine Mansfield is a bad@$$ officer, whose closed case files are unmatched. She is investigating some strange murders that appear to have some supernatural undertones. Will she solve this case before she is the next victim? While this was fast paced, there were some parts that I had to rewind to really ‘get’ what was happening. That said, it was still an enjoyable book if you like supernatural stories. I accepted a complimentary copy of this book in exchange for an unbiased review.

Katherine Mansfield is not like any detective I’ve ever read about. Her backstory is different, her reality is different, and she is definitely different! I plan to read or listen to more of her cases.

It was a satisfying read, unique and I enjoyed the dialog. Definitely going to read more from the author!

First I don't usually listen to Horror books, so please understand that as I reviewing this book.
Second, mispronouncing several words is really really annoying to the listener: Mishawaka, Indiana is pronounced Mish-a-WA-Ka.
Third, the chapter 3 sounded at first to be a scene that was not even in the same book, but i did get the gist of it when listening to the rest of the chapters. It was just so out of place, it was jarring.
All in all, this was a weird book with a ton of mistakes in police procedures and a really odd writing style.
I am glad I received a free code for it because I would not have ever bought this book on the blurb I saw alone.

I would recommend this book to anyone. Narrator done a good job. Looking forward to the next Book