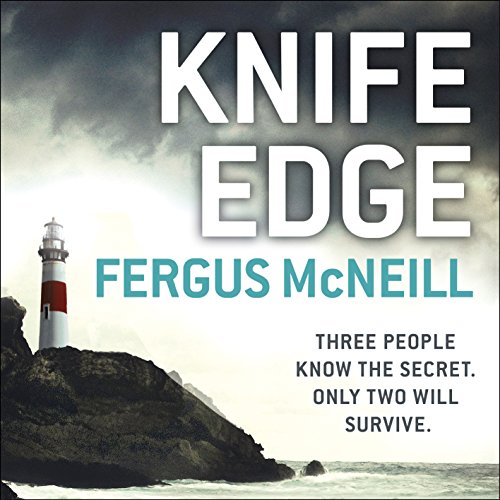 The explosive follow-up to Eye Contact finds DI Harland face to face with a killer....

He didn't intend to let her get so close. But now that Kim's become important to him, Robert Naysmith decides to tell his girlfriend his deadly secret. He wants her to recognise the power he holds. He hopes he won't have to kill her.

Detective Inspector Harland hasn't forgotten the serial killer who got away from him. But with nothing to go on, he fears he will never bring him to justice. Until he is seconded to investigate the brutal murder of a woman in her Bristol home.

A random attack, a murderer who has carefully covered his tracks...alarm bells start ringing. Then Harland meets Kim. One last game of life and death is about to begin.

What listeners say about Knife Edge

After a series a bad choices of unknown authors, finally hit on this. No fill in (unrelated to pushing plot forward) and doesn't slag along.

For those of you who think a book with "DI Harland" in the title will be about DI Harland and/or detective work, let me disabuse you of that notion. This book is about the murderer and his schizophrenic girl friend. Until the last few chapters Harland is only a minor character. Furthermore, he is only peripherally involved in bringing the story to a conclusion. He happens to be present at the ending, but not because of any detecting or deducting. The narration was very good, but the story was a solid "meh".