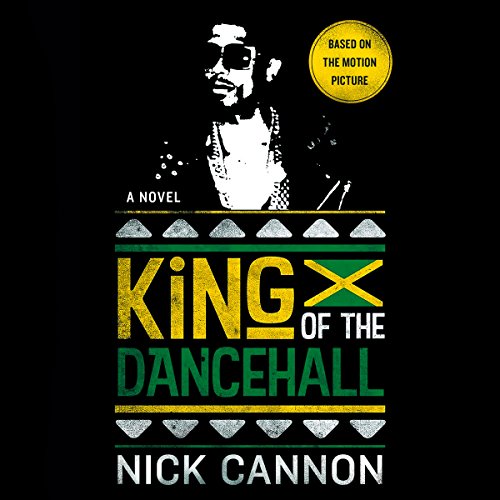 King of the Dancehall

A heartpounding, exhilarating audiobook based on the hot new movie from Nick Cannon.

King of the Dancehall is the coming-of-age story of Tarzan Brixton, a product of the harsh and merciless Brooklyn projects. After being released from a five-year prison sentence for an armed robbery gone sideways, he makes a vow to his dying mother to change his ways.

With his mother’s medical bills piling up, the temptation of the criminal life becomes too real once again. His solution is to escape the rough streets of New York for the equally ruthless beaches of Kingston, Jamaica. He soon creates a drug-running empire while falling in love with a beautiful Jamaican woman named Maya. It’s through Maya that Tarzan becomes captivated by the music, dance, and lifestyle of Jamaican Dancehall culture, which ultimately lifts him towards the path of righteousness.

What listeners say about King of the Dancehall

I know I don't hate it but I don't love it.
might be a better reading for yourself than to have nick read it for you! 🙈🙉🙊

This book has a little bit of everything in it. The energy of this book can take you to different places.

I never write a review!!!! THIS "BOOK" IS HORRIBLE & SO IS THE READING!!!! It's slow, predictable & did I saw AWFUL?! HORRIBLE, TERRIBLE!!! Don't waste your credit or time! Yawn-fess!