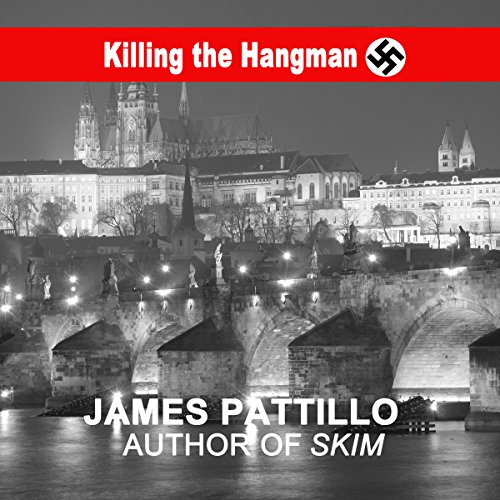 By: James Pattillo
Narrated by: James G. Pattillo
Try for £0.00

March, 1939. Stefan Mrak escorts a planeload of intelligence files from Prague to London. Before he can return, the Germans occupy Czechoslovakia, stranding Stefan in London. Stefan volunteers to parachute back into Prague as part of a sabotage team, hoping to find Marta, his wife, and help her escape to a neutral country. His application is rejected, because Stefan is a tin soldier. He wears a uniform, but he works at a desk and lacks the inner toughness needed for clandestine operations in an occupied country.

Reinhard Heydrich, "the Hangman", is head of the Sicherheitsdienst and Gestapo, and schemes to become Führer if Hitler dies. When Poland surrenders, Heydrich sees a chance to move up in the Nazi hierarchy. For 10 weeks, he's in constant motion - exhorting, directing, ordering, living on Benzedrine and coffee. Factory managers, editors, and intellectuals are rounded up and shot by the thousands. Heydrich's reward is the governorship of Czechoslovakia - which he intends to treat just like Poland.

Heydrich's draconian measures drive Czech Intelligence to train a team to assassinate him, but one member breaks a leg just days before the parachute drop. A German-speaking officer is urgently needed to replace the injured man. The choice falls on Stefan, who must overcome his nature and do what's required to save Marta, himself, and his country.

What listeners say about Killing the Hangman

I did not manage to complete this as the narration is so bad. Probably the worst narration I have heard on an audiobook. Avoid.