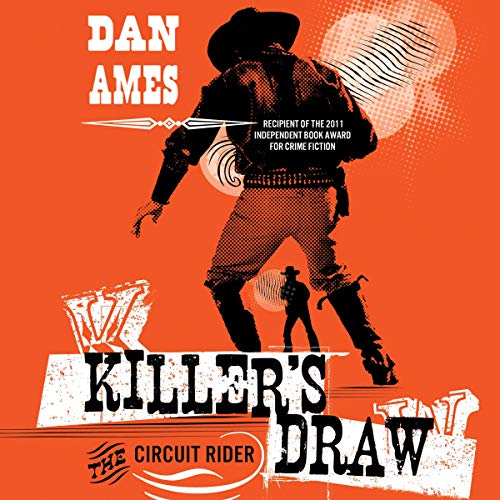 In the follow-up to The Circuit Rider, award-winning writer Dan Ames brings us back into the dusty, dangerous world of enigmatic itinerant preacher Mike Tower and his trusty right-hand woman, the hard-drinking, gun-slinging Bird Hitchcock.

Tower is sent to the Wyoming boomtown of Big River, where a young preacher has been viciously murdered, his crucified body left in a small valley known as Killer’s Draw. When Tower and Bird arrive in town, it quickly becomes obvious that no one wants to talk about the preacher - not about his life or his death. Tower is disturbed by the townspeople’s silence, and Bird’s no help - she disappeared into the nearest saloon as soon as they got off the train. Tower promptly finds himself in need of Bird’s quick reflexes as locals begin dying at an unnatural rate, and the circuit rider and his companion become the prime targets in the mysterious killer’s sights.

A fast-paced tale of two mismatched vigilantes with a taste for justice, Killer’s Draw is a booze-soaked, blood-splattered Wild West adventure.

Dynamic Characters, riveting story! Couldn't stop listing until it was finished. I hope Amore returns to this story line, can't wait for a third book to come out!