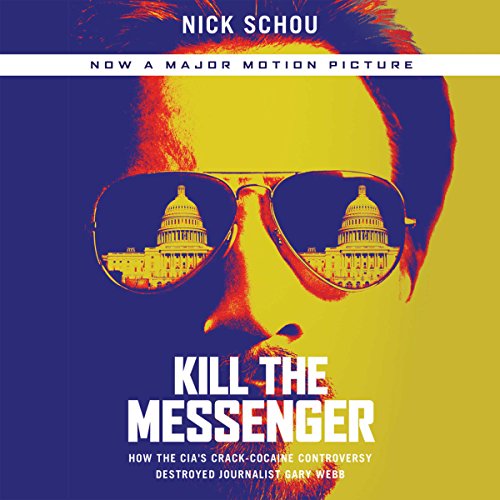 Gary Webb is the former San Jose Mercury News reporter whose 1996 "Dark Alliance" series on the so-called CIA-crack cocaine connection created a firestorm of controversy and led to his resignation from the paper amid escalating attacks on his work by the mainstream media. Author and investigative journalist Nick Schou published numerous articles on the controversy and was the only reporter to significantly advance Webb's stories.

Drawing on exhaustive research and highly personal interviews with Webb's family, colleagues, supporters and critics, this book argues convincingly that Webb's editors betrayed him, despite mounting evidence that his stories were correct. By providing a probing examination of the one of the most important media scandals in recent memory, this book provides a gripping view of one of the greatest tragedies in the annals of investigative journalism.

I enjoyed it a lot! Every aspect of it. Highly recommended. Very instructive. Not to miss!

This audiobook was pretty amazing, and pretty depressing at the same time. It seems that some folks in the government think that as long as one particular goal is being met, it's OK to destroy the rest of society.

This book is about the CIA helping the Contras sell drugs in the U.S. to buy weapons to overthrow a left leaning government in South America. Now it's my opinion that the U.S. should not meddle in other countries affairs to begin with, as it always, when the CIA is involved ends badly, and causes more harm than would be caused if we had simply done nothing.

In this case this was a government that the local people wanted, but the West didn't like. So the U.S. supported right wing death squads and helped them sell crack in the U.S. Starting the crack epidemic that destroyed inner cities.

This didn't help the U.S. in any way nor did it help the people of any other country.

a factual book, recalling real life events. due to this it can drag at times and may require listening to a part over to fully comprehend what happened or to recall a connection. from earlier in the book.

Who was Gary Webb and what happened to him.