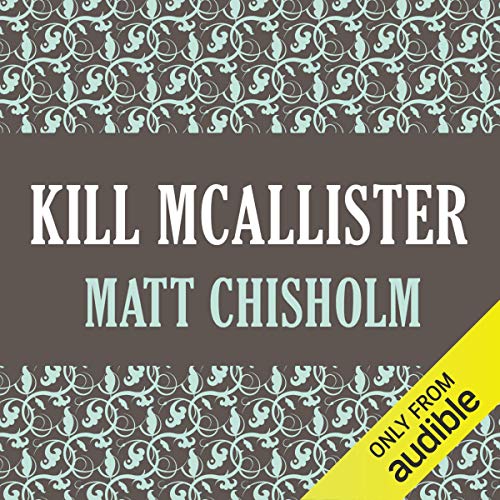 When Grotton's boys bushwhacked the herd, they had one grim order: leave no witnesses alive. Justice was rough on the untamed plains of Kansas, and cattle-stealing was a hanging charge.

But two men survived the massacre. Rem McAllister was one of them, and seeing his fellow cowpokes die had turned him into a ruthless killing-machine. So as soon as the rustlers realized he was alive and on the loose, another order went out: Kill McAllister - before he kills all of us!

Peter Watts (1919-1983) was born in London and used Matt Chisholm as a pseudonym for a series of his popular western novels. Watts first become a Civil Servant before he co-founded the Electro Acupuncture Voluntary Society of Britain and Ireland. It was here that he began to write for two official magazines although he soon branched into fiction. For more than a quarter of a century Watts had success with his novels under the names of Matt Chisholm, Cy James and Luke Jones. His first novel Out of Yesterday was published in 1950. Watts created the character Rem McAllister who appeared in over thirty Matt Chisholm books, starting in 1963 with The Hard Men.