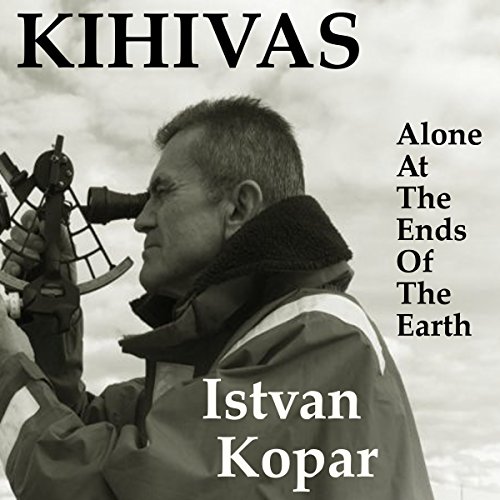 Kihivas: Alone at the Ends of the Earth

Kihivas: Alone at the Ends of the Earth

Solo circumnavigation of the globe. Fewer than 300 sailors in history have accomplished it, less than the number of people who have climbed Mt. Everest, or even those who have gone to space. In 1990, Istvan Kopar set out to earn his place among this elite fraternity - and to do so with only one stop.

If he were successful, he would realize a lifelong dream, and bring pride to his home country of Hungary in the process. Yet the risk of failure carried with it the possibility of dying alone in the middle of the vast sea.

Over 20 years ago, Kopar first published the inspiring chronicle of his journey in his native Hungarian. All of his hopes, dreams, and fears coalesced into one word, Khivas: The Challenge. Now, Kihivas: Alone at the Ends of the Earth brings this thrilling story to an English-speaking audience for the first time.

Kopar recounts every element of his adventure, from custom-building his own 31-foot yacht, Salammbo, to battling the legendary waves and constant storms of the Roaring Forties. His narrative is interspersed with proud descriptions of Hungary's impressive maritime heritage, even as a landlocked country, and heartfelt portrayals of the memories that kept him going as he faced thousands of miles of lonely ocean.

Experience a glimpse into the struggles, thrills, and insights known only to those who dare to pursue the greatest of challenges alone at the ends of the earth.

What listeners say about Kihivas: Alone at the Ends of the Earth

To the sailorest of all Hungarians

I am with you. My ass is in obligations beyond my control. My heart is on Salambo.

Wow! What a great adventure!

I love stories of perseverance and beating the odds. The scenes I liked best were those when you weren't sure if he was going to ship wreck. Also the poetic description of riding the waves of a storm as if on a surf board and rounding the Cape so many sailors are terrified off.

I was happy each time he made it through another great challenge and endured.