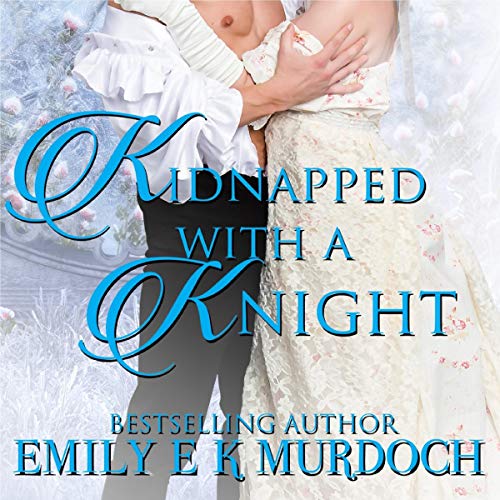 Kidnapped with a Knight: A Steamy Regency Romance

By: Emily Murdoch
Narrated by: Julia Eve
Try for £0.00

A man disowned by his family and a woman with absolutely no interest in him - and their kidnappers have left them all alone.

Sir Edmund Northmere doesn't have a family. Not after they disowned him and stripped him of his earldom, leaving him miserable, alone, and without the protection of his name.

But when celebrating his five and 20th birthday, he's in for a shock: a woman who plays the cards as well as he does. Which might have been useful, if their mutual kidnappers cared about cards.

Locked in a bedroom with no way out and nothing to do but talk, Miss Molly Kimble is determined to ignore him. There's nothing Edmund likes more than a challenge.

Will Sir Edmund Northmere escape the kidnappers before they take their prices for his life?

And what is Miss Molly Kimble doing tangled up in this mess, anyway?

Can being kidnapped with a knight lead to new possibilities after a night of forbidden passion?

This a the prequel of the Ravishing Regencies. This story has been previously published in the Christmas anthology Once upon a Christmas Wedding. This is a steamy regency romance with a happily ever after, no cliff-hangers, and part of a series that can be listened to in any order.

What listeners say about Kidnapped with a Knight: A Steamy Regency Romance

You can’t forget the title.

This is a fun little regency romance that would be perfect for when travelling or on the beach and lighthearted reading is required. It’s really steamy at times and has a good story. The narrator is excellent at switching between characters and accents. The only thing that I didn’t like is she managed to fit the title “Kidnapped with a Knight” into the actual story about five times. Lol but it didn’t distract from the over all. I just found it amusing.

Scamming a scammer. I couldn't stop listening and enjoyed this fast paced and humorous story. Tables are turned. I loved the ending! I voluntarily listened to a free copy of this and am giving an honest review. The narrator did a good job.