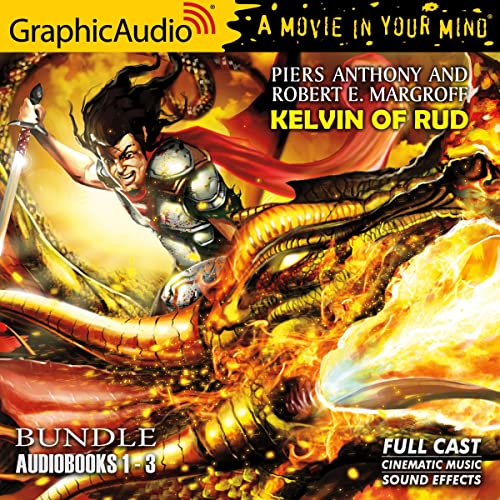 The prophecy: a roundear there shall surely be; born to be strong, raised to be free; fighting dragons in his youth; leading armies, nothing loth; ridding his country of a sore; joining two, then uniting four; until from seven there be one; only then will his task be done.

When Kelvin was a child, his mother read to him from the Book of Prophecy and he asked what the poem meant. Now he was about to learn.

The Kingdom of Rud languishes under the heel of a usurper; an evil sorcerer has taken the throne in the name of his wicked daughter. Even deep in the forest, away from all power, the people tremble and await the day of prophecy's fulfillment. It cannot come too soon: Charlain and her children are soon to lose their home to the tax collector.

But Kelvin and Jon have other plans. They have found a dragon's territory, where scales of purest gold, shed by the dragon, lie free on the ground for anyone with courage, or innocence, to take. And the words of Mouvar the prophet echo across Rud.