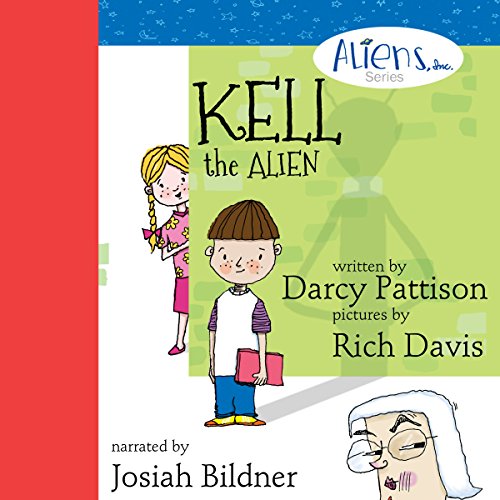 Kell discovers that his neighbor Bree Hendricks turns nine years old next month and she wants a party with an alien theme. That should be simple as flying from star to star. But things aren't that easy: Earthlings' ideas about aliens are totally wrong. Even worse, Principal Lynx is a UFO-Chaser and suspects aliens around every corner.

Will the Aliens totally blow the Aliens Party? Will Principal Lynx capture Kell and his family and them over to the government?

Great story for the whole family

If you could sum up Kell, the Alien in three words, what would they be?

This story shows no matter who you are it is always difficult to fit in. aliens from other planets have just as many issues as those of us on earth. Parents that make you cringe and friends that do not always seem friendly.

What does Josiah John Bildner bring to the story that you wouldn’t experience if you just read the book?

I think his voice helps to show Kell's insecurities as well as interest in humans.

I won this audio book and glad I did.