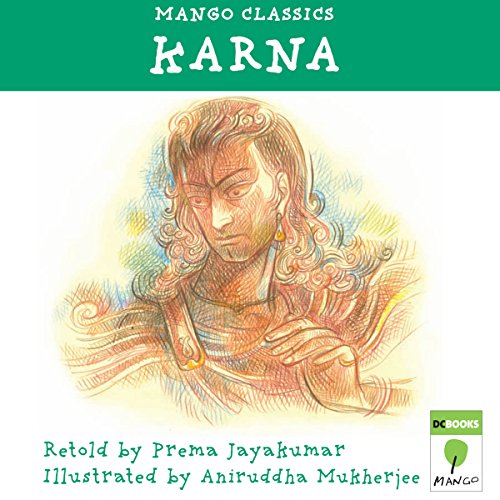 Perhaps Hindu mythology has not produced a hero more wronged than him, cursed from the moment he opened his eyes till the moment he closed them.

Karna is born out of the curiosity of a young girl and is abandoned at birth by his father the sun god and his mother, Kunti, a princess. Being denied his lineage of divinity and royal blood, he is brought up by a childless charioteer and his wife. Thus the man who should have been king is reduced to a victim of taunts and ridicule, even from his own brothers.In Karna, his own brother Arjuna finds his only rival, and Duryodhana, his most loyal friend. When the war comes, who will he fight for? Will he find out the truth about himself before it is too late? Will he be forced to kill his own brothers? Will Kunti ever claim him as her own?

From the epic Mahabharata, Mango Classics brings you the tragedy of Karna, a prince exiled by destiny.