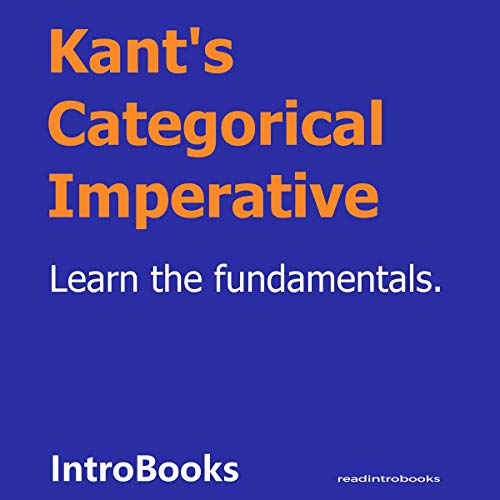 Philosophy deals with finding answers to questions related to existence, enlightenment, knowledge, duty, etc. through critical reasoning and arguments. Kantianism is an important part of western philosophy. Categorical Imperatives (CI) are central to Kantian ethics. They are unconditional and absolute and must be followed under all circumstances without any regard to desires or consequences. Four formulations form the pillar of categorical imperative argument.

According to Kant, moral laws can be defined and followed by rational agents using their free will and autonomy. An act should be done if the maxim behind that can be universalized. If something can't be universalized, then that can't be termed as moral. There is no need for any external force to enforce morality. All human beings including oneself deserve dignity and respect. If followed in its extreme form CI might result in bad consequences. Even with many criticisms, there is no denying the fact that CI and Kantian ethics are of immense influence in philosophical studies.