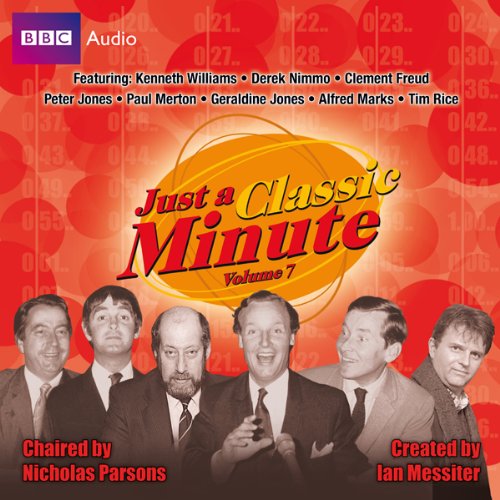 By: Ian Messiter
Narrated by: Nicholas Parsons,Paul Merton
Try for £0.00

Just as uproariously funny - and terrifically popular - today as when it first began on BBC Radio 4 in 1967, Just a Minute challenges contestants to speak for one minute on a given subject without repetition, hesitation, or deviation.

Its mix of irreverent fun and ferocious competition has always attracted stellar names from the world of comedy and theatre, all of whom pit their wits - and their wit - against regular players including Kenneth Williams, Paul Merton, Derek Nimmo, Clement Freud, and Peter Jones. Including these guests in the four archive programmes: Geraldine Jones, Alfred Marks, and Tim Rice.

What listeners say about Just a Classic Minute: Volume 7