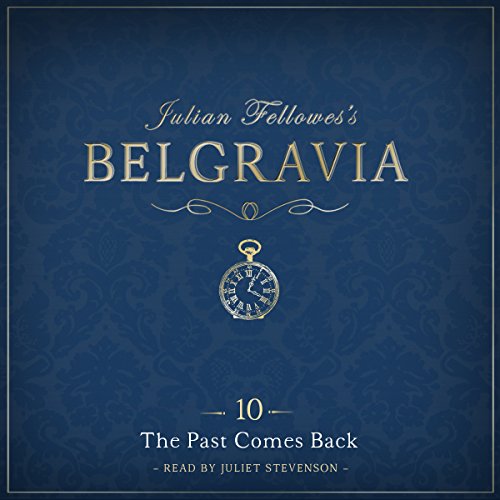 The full truth of what happened that night at the Duchess of Richmond's ball is revealed.

Julian Fellowes's Belgravia is a story in 11 episodes published week by week in the tradition of Charles Dickens. Belgravia is the story of a secret. A secret that unravels behind the porticoed doors of London's grandest postcode. The story behind the secret will be revealed in weekly bite-sized instalments complete with twists and turns and cliffhanger endings.

Set in the 1840s, when the upper echelons of society began to rub shoulders with the emerging industrial nouveau riche, Belgravia is peopled by a rich cast of characters. But the story begins on the eve of the Battle of Waterloo in 1815. At the Duchess of Richmond's now legendary ball, one family's life will change forever....

You can preorder the full Belgravia series as a single audiobook.