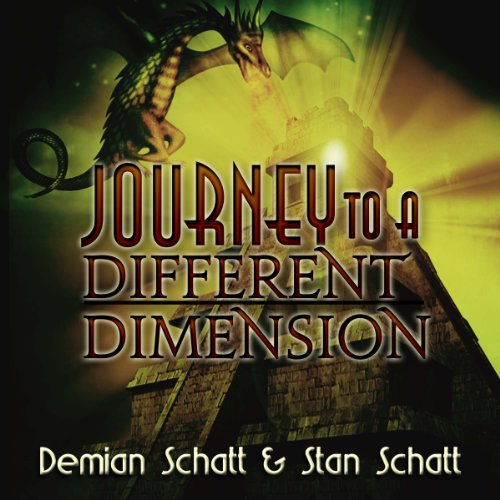 Journey to a Different Dimension

An Adventure in the World of Minecraft
By: Stan Schatt, Demian Schatt
Narrated by: Rye Taylor
Length: 2 hrs and 26 mins
Categories: Children, Ages 8-10
4 out of 5 stars 4.2 (5 ratings)

Journey to a Different Dimension

A boy who loves Minecraft so much that he has made himself a master of the game, an athlete trying to escape his troubled family, and a beautiful girl who utilizes her intelligence and resourcefulness to overcome her lack of knowledge of the game join forces when they must battle not only to survive but also to find their way back home.

Thrown into a different dimension, a dimension where only the very brave and savvy can avoid certain death, Paul, Ryan, and Tiffany face the ultimate test when thrown into the world of Minecraft.

Follow their adventures through desert, swamp, jungle, and other biomes including the End as they battle witches, zombies, creepers, dragons, and creatures including something even worse, an enemy far more dangerous and crafty. The trio discover secrets of crafting the necessities for survival as well as how to avoid certain death. Enjoy a rip-roaring adventure where friendship, intelligence and courage triumph. Discover the legacy that the adventurers are able to return with from their journey through the intricacies of the game that is captivated millions.

I really enjoyed this book. It was a very fun read. Narrator did very well on keeping the story alive. Great work. :)