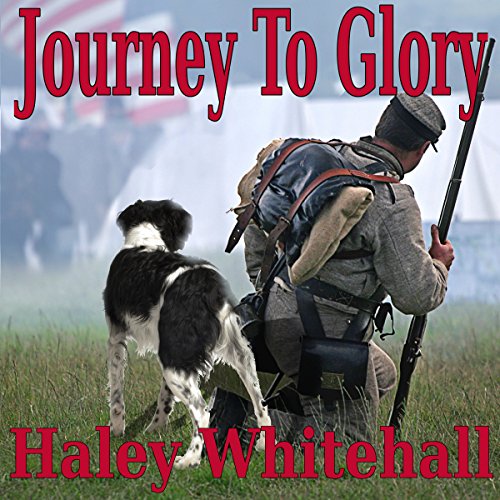 Seventeen-year-old Ethan Mire is excited when war is declared and is eager to enlist in the Confederate Army. This is the defining moment of his generation and he wants his chance to achieve glory.

His loyal dog Sam won't be parted from him. Though he thinks human warfare is madness, he becomes the mascot for the Georgia regiment. His job is to keep the soldiers company and raise morale until Ethan's first battle gives him a more important mission.

Will Sam follow Ethan only to find the grave?

And who will achieve glory in this Civil War tale?

This story is written can be enjoyed by pre-teens and adults alike.

Journey to Glory has clean language but some violence as it takes place during a war.

What listeners say about Journey to Glory

A Boy And His Dog, Not Quite...A Dog With His Boy

At first glance I thought this would be a book about Ethan Meyer and his journey to the Civil War. However, most of the book is from the perspective of Sam, a dog with clever observations, who accompanied Ethan in his "human warfare [is] madness."

This is excellent for any teen or preteen (8 years and older.) It is real to life without being gory or off putting.

*I reviewed this, free to me book, without bias. If you found this review helpful, would you take a moment and select "YES" below? Feel free to follow me on audible.com.