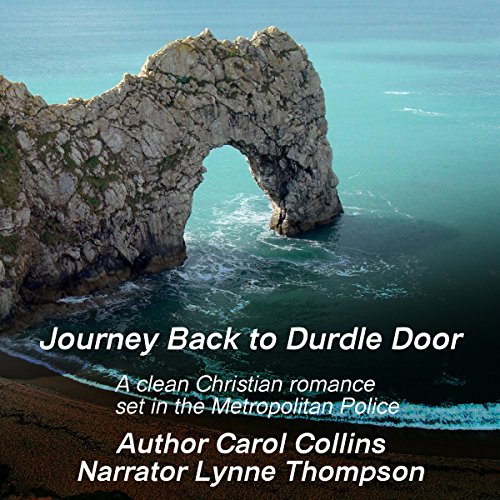 Journey Back to Durdle Door

Standing on the cliff high above the spectacular arch known as Durdle Door, Detective Constable Jacque Williams contemplates the momentous decision which will take her from her beloved Dorset to the bustling noise and lawlessness of London. She knows the challenge will be huge as she becomes part of the Metropolitan police force, but has no idea of the tests and trials lying ahead.

On her very first morning, Jacque falls foul of her boss, the frosty and efficient Detective Inspector Rhys Byrne, but it isn't long before she develops feelings for him despite an insurmountable problem standing in the way of any relationship. She also has to cope with a mother who always seems distant, then discovers another relation, equally as difficult. It is only when she meets the handsome and charming Niklas during a faith changing holiday that she finds a measure of happiness, but who will she arrange to meet when she finally returns to Durdle Door?

What listeners say about Journey Back to Durdle Door

Would give this audiobook 10 stars if I could!

Superb audiobook. Thank you Lynne Thompson. Really could not stop listening. Took on holiday and have finished it before the holiday.

This was slightly different to this authors other books. In that other religions come into play. We see a muslim man who convereted to christianity and marries a christian woman. The main character also finds out things about her grandmother that she did not know about before and goes on a journey of faith.
Some I can understand happening while others not so much especially about the muslim converting to Christianity. Usually, of what I have seen, it is the woman who converts to Islam or she keeps her own faith or neither practice any religion they are known in name only. So for me that was hard to believe.