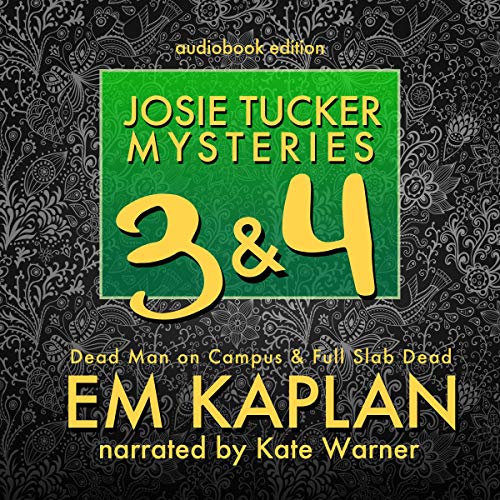 A stalker. A liar. A dead man. But which is which?

A mysterious letter-writer causes havoc on the idyllic Bader University campus. After a professor receives numerous poison pen letters, more and more threatening in nature, Josie Tucker is on the case...grudgingly. All the grumpy food blogger wants is to be left in peace with her dog, her man, and her laptop. She certainly doesn't need her own gang of meddling kids. Now, she's the leader of their pack.

Trouble down in Texas....

When snarky food critic, Josie Tucker, heads to Austin, Texas, to wax philosophical about the local barbecue joints, she stumbles on to a decades' old missing person case. With the help of a local reporter, a Goth ghost hunter, and a bunco-playing transvestite, she tries to unravel the heart-tugging, hidden history before the whole place goes up in smoke.

A hero after my own heart!

Josey Tucker is an unlikely private investigator who likes to eat. She has a knack for solving mysteries and tends to be a trouble and danger magnet. These novels are quirky and fun. I liked the narration a lot.