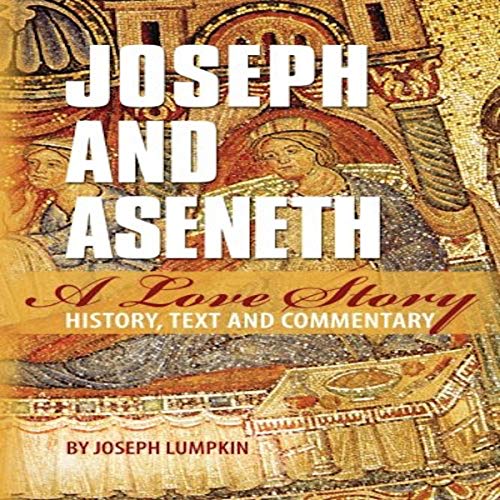 Joseph and Aseneth, a Love Story

By: Joseph Lumpkin
Narrated by: Dennis Logan
Try for £0.00

The story of Joseph and Aseneth was written between 100 BCE and 100 CE, in a midrash style. This translation is rendered in a modern, easy-to-listen-to format with history, background, and commentary. Joseph and Aseneth is an epic story of love, desire, sanctification, and forgiveness. It is also a story of religious intolerance, racism, sexism, subterfuge, betrayal, and hate.

The story begins after Joseph’s own brothers sold him into slavery. An Egyptian man purchased Joseph to be a servant to his wife. Because Joseph refused to serve her lustful desires, the woman had him thrown into prison on a false charge of rape. The Pharaoh saw greatness in Joseph after he interpreted Pharaoh's dreams, giving the ruler insight that would save his nation. Thus, Pharaoh pardoned Joseph and assigned him a position of power. Joseph, the ever-devout Jew, begins his new career living in a world of polytheists where he seems to be tolerated with more grace than he gives to those “abominations” who are neither Jewish in the racial or religious sense.

Aseneth is the daughter of the chief priest of the sun god in Heliopolis. She is a spoiled, arrogant child who disdains all men, and even disrespects her father. Aseneth is cursed with beauty, which draws men to her like flies to a carnivorous plant. Even the son of Pharaoh wants her for himself and plots to get her. But Aseneth loathes and despises men, until she sees Joseph, who refuses to even touch her because she does not worship the same god as he. It is within this setting we begin the wonderful and uplifting tale of Joseph and Aseneth.

What listeners say about Joseph and Aseneth, a Love Story

I received a review copy of this audiobook.

I had not heard of the Midrash which is the subject of this book. Having listened to it, I did not care for the text itself, though I was pleased by both the historical introduction and commentary by Lumpkin.