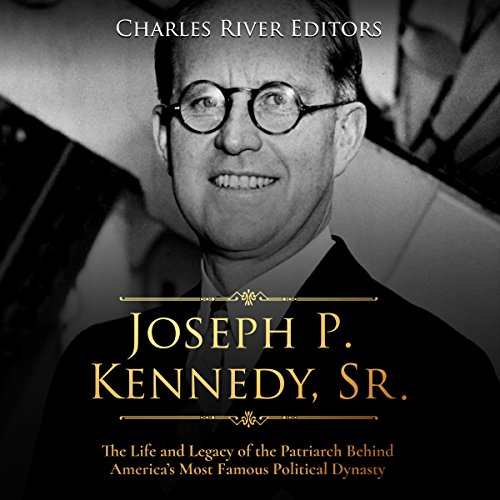 Joseph P. Kennedy, Sr.: The Life and Legacy of the Patriarch Behind America’s Most Famous Political Dynasty

"We have a rich man, untrained in diplomacy, unlearned in history and politics, who is a great publicity seeker and who apparently is ambitious to be the first Catholic president of the U.S." (British MP Josiah Wedgwood’s description of Joe Kennedy Sr. as US ambassador to the United Kingdom)

In many ways John Fitzgerald Kennedy and his young family were the perfect embodiment of the '60s. The decade began with a sense of idealism, personified by the attractive Kennedy, his beautiful and fashionable wife, Jackie, and his young children. Months into his presidency, Kennedy exhorted the country to reach for the stars, calling upon the nation to send a man to the moon and back by the end of the decade.

In 1961, Kennedy made it seem like anything was possible, and Americans were eager to believe him. The Kennedy years were fondly and famously labeled “Camelot” by Jackie herself, suggesting an almost mythical quality about the young president and his family. As it turned out, the '60s closely reflected the glossy, idealistic portrayal of John F. Kennedy as well as the uglier truths. The country would achieve Kennedy’s goal of a manned moon mission, and the landmark Civil Rights Act of 1964 finally guaranteed minorities their civil rights and restored equality, ensuring that the country “would live out the true meaning of its creed”.

But the idealism and optimism of the decade was quickly shattered, starting with Kennedy’s assassination in 1963. The '60s were permanently marred by the Vietnam War, and by the time Robert F. Kennedy and Martin Luther King Jr. were assassinated in 1968, the country was irreversibly jaded. The events of the decade produced protests and countercultures unlike anything the country had seen before.

What listeners say about Joseph P. Kennedy, Sr.: The Life and Legacy of the Patriarch Behind America’s Most Famous Political Dynasty

Far too short & read by a computer

Far too short & read by a computer that can’t pronounce their S. doesn’t do the subject justice.