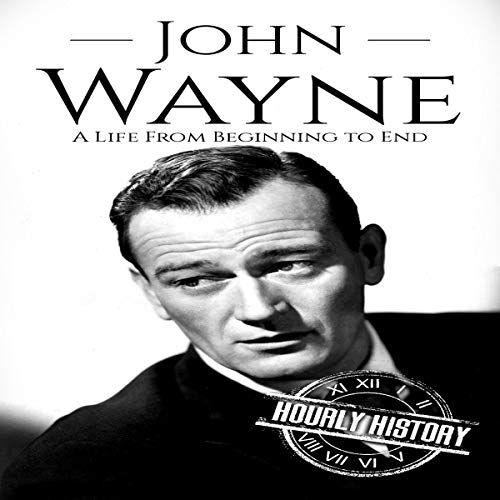 John Wayne: A Life from Beginning to End

John Wayne graced the screen as a cowboy, an all-around rugged hero of the plains. With his “pull yourself up by your bootstraps” determination and raw sense of individualism, in many ways he came to symbolize everything that Americans held dear. His characters - tough as nails - were always idealistic adventurers seeking to right the wrongs of the world. But who was John Wayne? Born Marion Morrison, most don’t even know his real name. In this book, we will cut through all the hype and get to the real man behind the legend of John Wayne.

What listeners say about John Wayne: A Life from Beginning to End

Quite Brief with Nothing New

I have lived John Wayne for years. This book is not the least bit in depth and missed a chance to go into much more of his career. Still for a short very short review of John Wayne go for it!