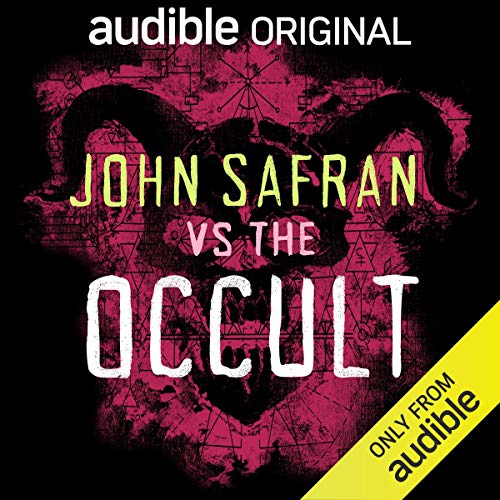 John Safran vs The Occult

What listeners say about John Safran vs The Occult

Really not much of a story.

Just generally poor. Two or three interviews which can't have taken much more 30 minutes each and not really about the occult.

This helped me through a long plane journey and was so interesting I stayed awake!

great listen for the curious mind

passed my afternoon at work quick it interesting and got me thinking.highly recommended in fact it's worth a second listen

Some great content. found the story lacked direction at times, but was interesting.
I liked the narrators voice, which reminded me of Ron Jonson. However I did not know if he was being serious or joking at times but enjoyed the delivery of the story all the same.
That said it was a great listen, really enjoyed it.

Interesting topic, well narrated. Wasn't exactly what I was expecting but I enjoyed it none the less.

great documentary. no so much about the occult but a great listen. worth the time

A well presented and researched investigation that deviated from the route that I expected such work to take and is enjoyably fresh because of it.

A snapshot into different cultures and the occult

I enjoyed this a lot, dumb fun in places but interesting. the occult is very real to some people and can be a matter of life and death. go on an adventure for 5 episodes and see how the occult touches people's lives.

This was surprisingly very good. I liked that each story was different and touched on unique incidents of the occult. This leaves you with a lot to ponder and some sort of better understanding of these practices. If there were more stories in the future, I'll be downloading them.