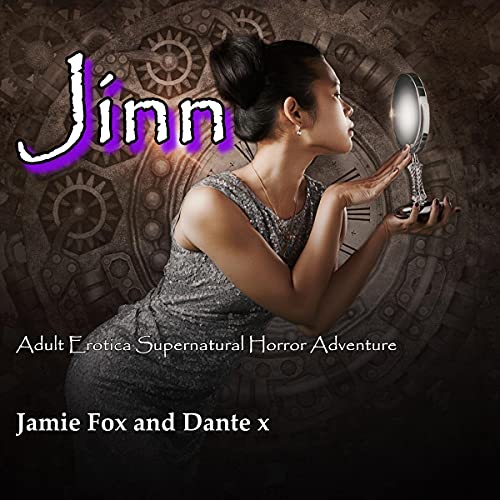 "Imani was in front of Pierre, and her two girlfriends were running behind, shivering and in tears. They were absolutely terrified. Suddenly, they heard another blood-curdling scream, and one of the men at the rear was yelling for help. The other men who were near him started running and shouting, 'Run...run...there's something down here. It just ripped his arms and head off and dragged his body away!' The girls were all screaming and running as fast as they could. But the people in front were blocking their way." - excerpt from chapter 11, "The Labyrinth".

As they descended deeper, they all heard the beastly inhuman sounds like before, but this time Imani wasn't so scared, being surrounded by the heavily armed team. About five hundred meters in, she was totally disoriented, as they’d taken so many twists and turns and gone down countless steps and slopes. A huge cavern appeared with ruins of buildings, some as high as a church or a six-story apartment building. It seemed to go on forever, but the soldier at the front, following an electronic map, seemed to know which tunnel to follow.

A loud roar made everyone stop dead in their tracks and look around; whatever it was could come at them from any direction. They were in what seemed to be back streets in a large city, but not wide enough for vehicles. Above them, she could make out the roof of the cavern some 80 to 100 feet up.

The terrifying roar came again and seemed very close, so everyone backed into a side building and cowered. The Jinn mentally told Imani that it was a Minotaur and he would bring it out in the open. Imani quietly told Jeff, who advised the team. The Jinn, in the form of the black dog, ran out and disappeared into the passageways. There was another roar, as the dog came bounding back, being chased by a huge 10-foot-tall Minotaur. The men opened fire, but it was able to jump behind a building. It then pushed it over, showering the team with rubble.

What listeners say about Jinn