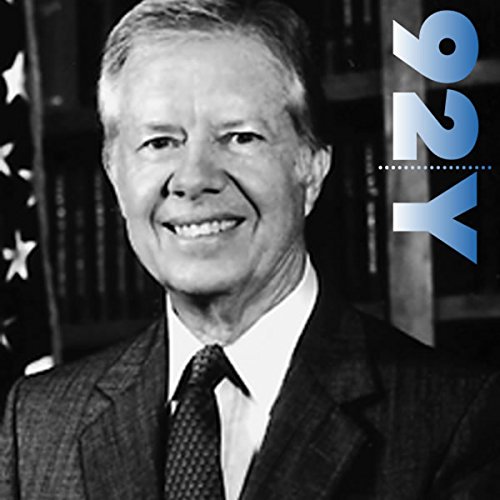 Jimmy Carter began his career as a humble peanut farmer and eventually rose to the rank of President of the United States. Carter was instrumental in the release of the hostages in the Iranian Hostage Crisis and even won the Nobel Peace Prize for his work in the Israel/Palestine peace process. Now, in this episode of Live at the 92nd Street Y, Carter speaks about his philanthropic work with Habitat for Humanity and his own career as an author. Carter's talk is endearing and intelligent, his Georgia drawl almost musical.

Former President Jimmy Carter is the author of Everything to Gain, The Blood of Abraham, Keeping Faith, and Turning Point: A Candidate, A State, and a Nation Come of Age.
©2009 92nd Street Y (P)2009 92nd Street Y