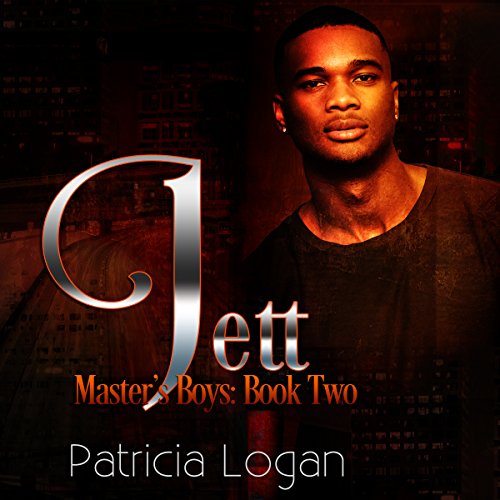 By: Patricia Logan
Narrated by: Peter B. Brooke

Jett's a tough kid, fighting his way through life and slinging dope to survive on the mean streets of South Central Los Angeles. When he's arrested in a dragnet meant to clear the streets of dealers like him, Jett sees no way out. Danger awaits him in prison or in the hood. But Detective Cassidy Ryan sees potential in the handsome young man and asks a friend to help.

Phoenix, the illustrious Master P, is well-known for his love of submissive young men and won't turn down a friend's request to help a troubled young man find his way. Cut from different cloth, but very much the same, Phoenix and Jett can only bump heads until a revelation causes Terrance, Master T, to take over as Jett's trainer.

Master T is known for his direct, unyielding approach with his submissives. He won't allow Jett to hide anything from him, intent on breaking down every emotional wall and finding the core submissive spirit hidden within. Will Jett find a way to connect with Master T, or will his fears prevent him from accepting his true nature?

Just nope. I couldn't even finish. I mean really he's some kind of street tough. But why though.