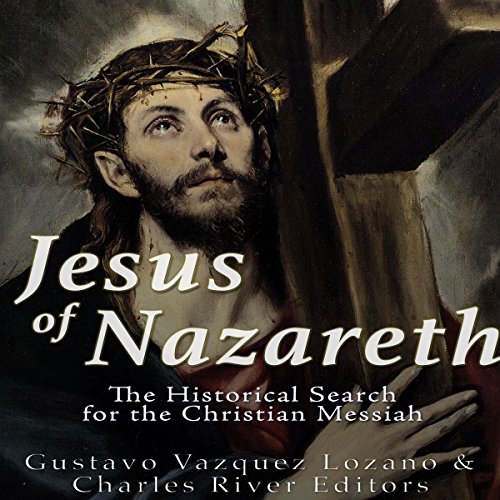 The life story of Jesus of Nazareth, considered by billions of Christians to be the messiah prophesized in the Old Testament of the Bible, is perhaps the most famous in history. Described in detail in the New Testament, Jesus comes from both divine yet humble roots, born in a manger to a young woman, but in time he leads a fervent following as tales of his miracles spread across the Holy Land. Of course, a central aspect of Jesus's life is the situation in Israel and its ongoing conflict with Rome, which helped compel and inspire Jews to seek a savior that would deliver them from their enemies. The country is dismembered and hides religious renegades in the wilderness, waiting inside caves for the final battle against Rome. Apocalyptic effervescence has never been so intense in Israel as now. Jesus speaks in parables and enacts them, and they are understandable to the ears and eyes of a 1st century Jews. His words certainly don't talk about resignation or about future life in heaven, but about a plan, a program. His aphorisms don't command good behavior or spiritual contemplation, like the Buddha. They speak of judgment, first, and then the restoration of Israel, though perhaps not in the way that their listeners expect. He compares his movement with the mustard plant, this pernicious botanical species that the Latin naturalists describe as a destructive pest, since it invades agricultural land and attracts birds, thus destroying the crops. He compares the Kingdom of God with yeast, which remains hidden inside the bread until the decisive moment, when it can no longer be ignored. He speaks preferably to the lowest of the low, the nobodies: the prostitutes, children, lepers and beggars, and he asks them to be ready, to watch and be alert for the signs.

What listeners say about Jesus of Nazareth