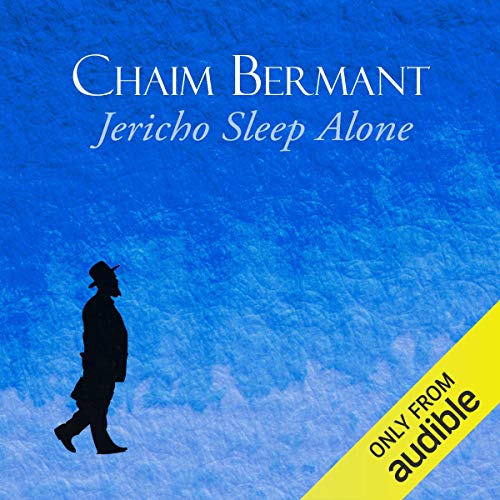 Part Bildungsroman, part hymn to the city of Glasgow, Jericho Sleep Alone is without a doubt the finest book written about the Scots-Jewish experience.

From Bar Mitzvah to an unfulfilling teaching career, Jericho Eli Broock finds himself a perennial outsider and unlucky in love, neither his on-off affair with the flighty Ninna or his financially prudent dalliance with the homely Camilla coming to fruition. Will the sometimes oppressive aid of the Jewish community make all well in his world?

Chaim Bermant (1929-1998) was born in Breslev, Poland and moved to Glasgow, Scotland at the age of 8. He was educated in Glasgow and became a teacher before joining Scottish TV and then Granada. Bermant became a prominent Anglo-Jewish journalist, and had a regular column in The Jewish Chronicle and occasionally to the national press, particularly The Observer and The Daily Telegraph. During his lifetime, Bermant wrote a number of scripts for both radio and television, including the BBC, as well as several for Anglia TV. Bermant's book, The Squire of Bor Shachor was serialized on the radio, and Bermant also appeared in several productions in person, including, in 1981, one of the BBC's Everyman series.

Bermant wrote a total of 31 books; his novels and non-fiction works reflect his sometimes controversial opinions and his observations on Anglo-Jewish society.

There aren't too many hymns of praise to Glasgow ("the dear green place"), but this one has humour, acute social observation, and, ultimately, some resolution, and hope.
This is no misery memoir: misfortunes are bearable, setbacks can be overcome, and even the generational nagging of older relatives (fleeing from pogrom or wars) who did not have the good fortune to grow up in Scotland can be accepted in the end. I am sure Jericho did not sleep alone forever, but Bermant has left us in suspense.
As ever, David Monteath narrates flawlessly, though perhaps I am not an informed critic of English accents outwith the South East.
This is a funny, moving, gentle story about growing up in Scotland, at a specific time, and in a small religious/ethnic community adapting rapidly to Scottishness.