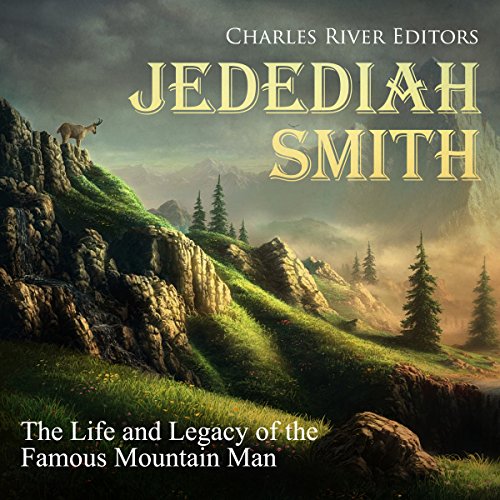 Jedediah Smith: The Life and Legacy of the Famous Mountain Man

Jedediah Smith: The Life and Legacy of the Famous Mountain Man

By the golden age of the mountain man in the mid-19th century, there were perhaps only 3,000 living in the West. Their origins were disparate, although they included many Anglo-Americans. A good number hailed from wilderness regions of Kentucky and Virginia and throughout the newly purchased Louisiana Territory, which occupied the entire central section of the continent. French Canadians traveled from the North to work in the fur trade, while Creole-Europeans represented approximately 15 percent of the men known to be living the isolated mountain life. Others were of Métis, Spanish, American, Black, Indian, and mixed-blood origin, most often Iroquois or Delaware. Most came to the West in their late adolescent years, the oldest learning the trade in their 30s.

Many roamed the West for as long as their constitutions would hold up under constant attacks on their health and personal safety. Some stayed too long and failed to survive the experience. Among the most famous, Jim Bridger arrived at the age of 16, while Edward Robinson was eventually killed in his 60s by what were known as "bad snakes", a reference to the Snake tribe in Idaho country. Jim Beckwourth left the mountains at 68, and Old Bill Williams died at the age of 62 when a band of Utes "made him to come".

Regardless of their motivations for entering the Western forests, fur trapping was a central component of the lifestyle in order to satisfy the east coast and European fashion industries. The quest for fur of several varieties, particularly beaver, peaked in the 1840s, but many of the trappers continued for decades longer. Eventually, fashion moved on to other resources, but for the better part of a century, the frontiersman was the only worker able to survive the rigors of wilderness life while maintaining prosperity.

Historians believe that even Jim Bridger’s prodigious travels were eclipsed by that of New York-born Jedediah Strong Smith, whose uncharacteristic personal life set him apart from the rough-edged mountain man reputation. Smith, who developed into a master cartographer through a regimen of self-study, left a legacy of surprisingly accurate maps of the western continent for military and immigrant groups, so accurate as to remain in use far beyond his death. Early experiences as a clerk for a Lake Erie freighter company aroused a sense for business that would serve him well in the West. A capable hunter and trapper, his urge to explore and develop the western third of the continent led him to virtually every area from the Rockies to the length of the Pacific coast. Outdoing even Bridger, Smith roamed the central Rockies, traveled the Southwest through Arizona, roamed much of the Oregon Country, and led two expeditions across the Mojave Desert to California, the first American to reach the vast region traveling overland.