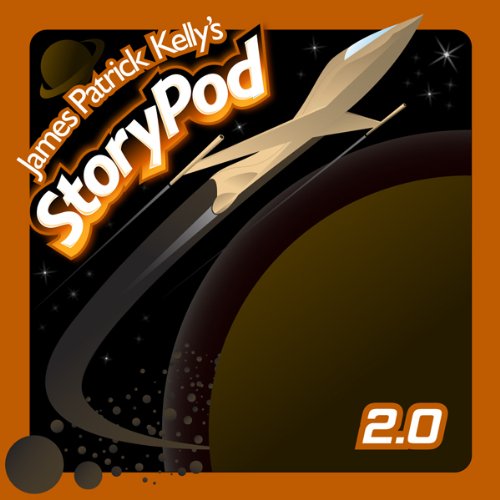 13 more classic stories from Hugo and Nebula Award-winning author James Patrick Kelly! Kelly not only narrates each story, he adds exclusive commentary that takes you inside his creative process.

Burn
A planet that is at first home to a utopia and a social experiment instead fosters incendiary strife.

Saint Theresa of the Aliens
The aliens have made contact with us, and they bring news that will shake the world's religions to their core.

The Propagation of Light in a Vacuum
An astronaut accelerates past the speed of light and wakes up to find he's all alone.

Last Contact
An alien lands in a sleepy country town and confronts it's inhabitants.

Lovestory
A race of marsupial-like aliens have not two, but three sexes: father, birth-mother, and nurture-mother.

Undone
A revolutionary young woman and her sentient spaceship are stranded 20 million years in the future.

The Wreck of the Godspeed
All is not right on the starship Godspeed, which has been exploring the galaxy for centuries.

Men Are Trouble
When aliens make all men disappear from Earth, the women left behind struggle to rebuild the shattered human culture.

Mother
Les hates the artificial baby that Birth Control has given her, but she tries to care for it.

Glass Cloud
An architect of one of the Seven New Wonders of the World gets some professional help from an alien.

Think Like a Dinosaur
In the future people will live for a very long time; but they must constantly change.

Find out more at www.jimkelly.net.