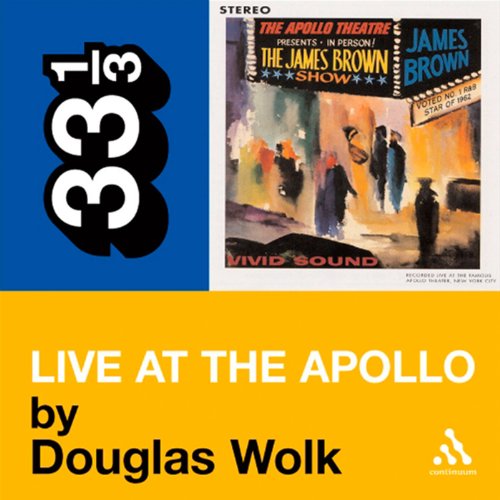 In this installment from the 33 1/3 series, Douglas Wolk looks at the monumental impact of James Brown’s groundbreaking album Live at the Apollo.

Recorded live in a temple of African-American culture, Brown’s album showed the "Hardest Working Man in Show Business" on the brink of stardom and at the height of his performing power. Wolk carefully lays out the historical context that surrounds this album: the heightening tensions of Cold War and race-relations in the United States and then carefully analyzes every song and lyric in this album.

Bill Quinn performs this audiobook with the smooth and steady tone of a nightly news anchor. Fans of this album looking for insight will cherish the depth of Wolk’s analysis.

In this remarkable book, Douglas Wolk brings to life an October evening in 1962, at the Apollo Theatre in Harlem: an evening at the height of Cold War tensions. In great detail, Wolk pieces together what took place (and what was recorded) that night, and illustrates beautifully the enduring power of one of James Brown’s – and popular music’s – defining moments: Live at the Apollo.