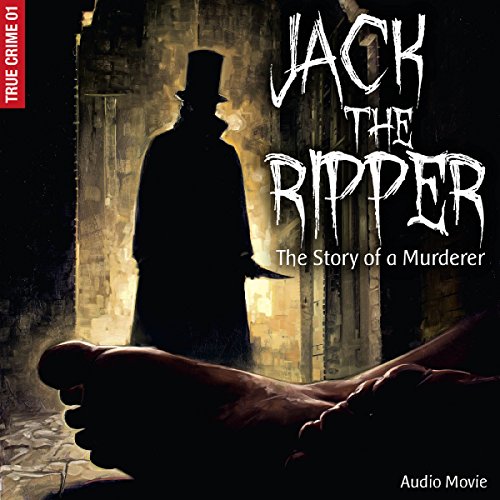 Jack the Ripper - The Story of a Murderer

Jack the Ripper - The Story of a Murderer

His true identity has never been revealed. His victims faced the abyss of human insanity. His name is Jack the Ripper.

London, 1888. In the poor district of Whitechapel, women are found dead, their bodies brutally disfigured. The victims' ripped throats are proof of a bestiality and cruelty, which has never been seen before. The investigation of the police leads to no satisfying results. Soon, the public calls the culprit "Jack the Ripper" - a serial killer who stalks the streets of Whitechapel at night and viciously kills...

In this Audio Movie, Jack the Ripper and his story come alive. Discover the dark world of London in the year 1888 and be part of the breathtaking and heart-pounding manhunt for one of the most notorious and feared criminals in British history. Enthralling cinema for your ears with none other than the famous actor Neil Dudgeon ("Midsomer Murders", "Life of Riley") as Jack the Ripper!
©2017 Bastei Lübbe (Lübbe Audio) (P)2017 Lübbe Audio

I have listened to some really bad stories, but this one really came from under the bottom of the barrel. This narration reminded me of that 4th horror film at the drive-in when only those who really hate going home stay to watch. The actors tried too hard, the story lacked any credibility, and the whole package had no attachment to any facts other than the "blood-and-gore" sensationalism of the worst yellow journalism of 1888. To market this as anything resembling literature is pure jest.

it would be a great rating if I was interested