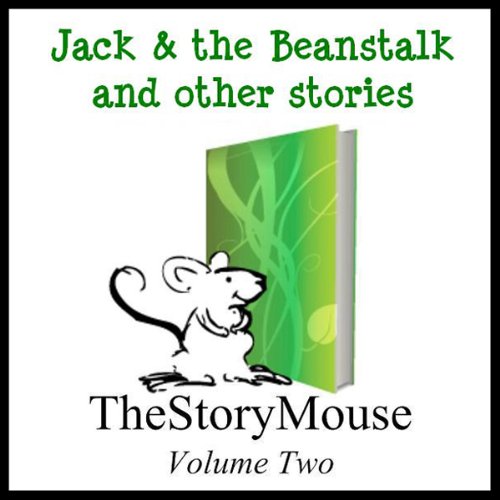 Jack & the Beanstalk and Other Stories

Jack & the Beanstalk and Other Stories

Jack and the Beanstalk and Other Stories brings together another four of the world's favourite children's fairytales. Written and read with character and fun, this is storytelling at its best!

Jack and the Beanstalk
Jack and his mum have fallen on hard times but when Jack comes home with a bagful of beans after selling the family cow, Dairy Mary, it’s just the start of one big, magical adventure. A real panto favourite at Christmas, this traditional story, adapted from the original and read by Joanna Pinnock, is full of fun and colour – with lots of purple!

Puss in Boots
This is the story of a very cunning, imaginative and clever cat. When a miller's son is given a cat by his father he feels a little miffed (after all, his brothers got a working mill and a horse and cart!). But this cat is no ordinary cat and as the story develops the cat's plans to bring fortune to the miller's son unfold. This story from Charles Perrault has been adapted and re-told by Alan Smith. It has all the ingredients needed for a classic fairy tale: magic, a palace, a king, a queen, a princess, a talking animal, and an ogre - who could ask for more?!

Hansel and Gretel
Good triumphs over evil in this story from the Brothers Grimm. An unkind stepmother tries her best to lose young Hansel and Gretel in the forest, but she reckons without their resourcefulness. A house made of sweets and the strange green woman who lives in it is one of the hiccups along the way, but ultimately all is well in the end. Adapted by Moy McGowan and retaining a very traditional feel, this story is one of light and shade and is read by Kathy Clugston whose soft Irish accent makes the reading particularly engaging.

These stories have become favourites in our household. They're all told with a real sense of fun and draw the children in, no matter how many times they listen to them! The vocabulary used is excellent too and has introduced our youngest to several new words. It was nice to hear Rumpelstiltskin too, which took me back to my childhood.