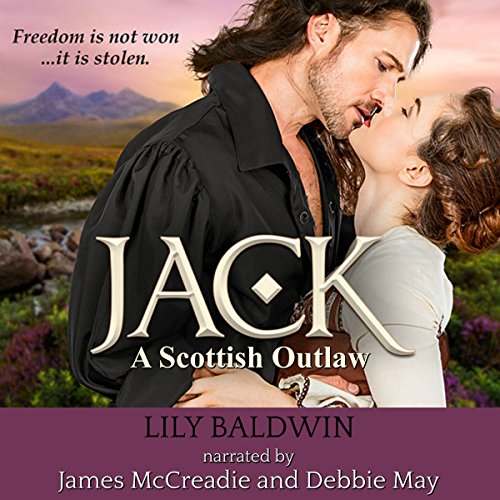 By: Lily Baldwin
Narrated by: James McCreadie,Debbie May
Try for £0.00

Jack MacVie is a Scottish rebel, robbing English nobles on the road north into Scotland alongside his four brothers. But the MacVie brothers are not hell-bent on riches. They became highwaymen to fight against the tyranny of King Edward of England.

In the aftermath of the Berwick massacre, Lady Isabella Redesdale is risking it all, journeying north into war-torn Scotland to be with her sister. But when her carriage is attacked by a band of villains, another gang descends to steal her away.

Although they come from different worlds, Jack and Isabella are more alike than they first realize. They both crave freedom from war and despair, but in a world where kings reign and birth dictates one's station, freedom is not won, it is stolen.

What listeners say about Jack: A Scottish Outlaw

Embarrassed that I bought this.....

Juvenile bodice ripper lit. I was deceived by the 5 star rating, live and learn.