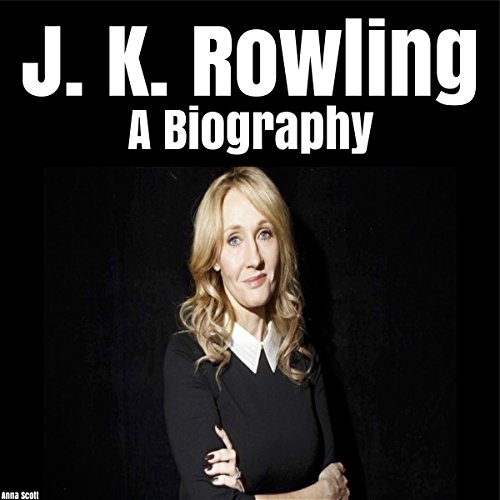 J. K. Rowling is a British novelist, screenwriter, and film producer best known as the author of the Harry Potter fantasy series. The books have gained worldwide attention, won multiple awards, and sold more than 400 million copies. They have become the best-selling book series in history and been the basis for a series of films which is the second highest-grossing film series in history. Rowling had overall approval on the scripts and maintained creative control by serving as a producer on the final installment.

Born in Yate, Gloucestershire, England, Rowling was working as a researcher and bilingual secretary for Amnesty International when she conceived the idea for the Harry Potter series while on a delayed train from Manchester to London in 1990. The seven-year period that followed saw the death of her mother, birth of her first child, divorce from her first husband, and relative poverty until she finished the first novel in the series, Harry Potter and the Philosopher's Stone, in 1997. There were six sequels, the last, Harry Potter and the Deathly Hallows, in 2007. Since then, Rowling has written four books for adult readers, The Casual Vacancy (2012) and-under the pseudonym Robert Galbraith - the crime fiction novels The Cuckoo's Calling (2013), The Silkworm (2014), and Career of Evil (2015).

Rowling has lived a "rags to riches" life story, in which she progressed from living on state benefits to multi-millionaire status within five years. She is the United Kingdom's best-selling living author, with sales in excess of £238m. The 2008 Sunday Times Rich List estimated Rowling's fortune at £560 million, ranking her as the 12th richest woman in the United Kingdom. Forbes ranked Rowling as the 48th most powerful celebrity of 2007, and Time magazine named her as a runner-up for its 2007 Person of the Year, noting the social, moral, and political inspiration she has given her fans.

The most boring, soulless, robotic narration I’ve ever heard! Why can’t we have English speakers with an English accent for English authors. This is monotone, cheerless rubbish, it could have been so much better as the basic story is interesting.

Quite possibly the worst book I’ve ever listened to. Nothing in there that you haven’t already picked up from google. A real shame because I was looking forward to learning a bit more about J.K.Rowling. I appreciate that she’s very private but this has distorted my opinion of the woman.